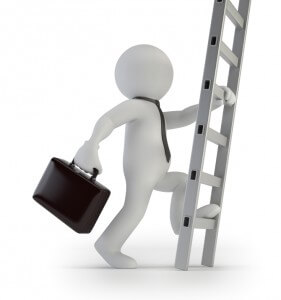 Can you ever be fully satisfied?

If you’re reading this site, the answer is probably “no.”

You go through a ridiculous amount of effort to get into investment banking, private equity, or even (gasp) management consulting, but then…

You might network and interview extensively for investment banking, but then end up in capital markets (ECM or DCM) rather than something “sexier,” like M&A.

You put up with it at first, but then you get bored and realize you want more technical work, or you want more interesting deals.

And that’s when you decide to make the move into M&A – or even a solid industry group that does a lot of M&A deals.

Here’s how to make the leap:

Capital Markets to Investment Banking: Sources and Uses of Tips

A number of coaching clients have moved from ECM or DCM into M&A recently, so this article is mostly based on what they encountered in the process.

First, note that this type of move is largely about perception.

M&A and industry groups are perceived to be “more technical” than capital markets since you spend so much time updating market slides and working on memos in ECM and DCM, rather than doing hardcore financial modeling.

But the truth is that M&A work is not necessarily more technical at all.

If you’re working on standard, sell-side auction deals, you spend a lot of time on tasks like writing the CIM, updating buyer lists, and processing NDAs.

Yes, you also do some valuation work at the beginning and end of the process, but it’s not as if you’ll suddenly be creating 50-tab models in Excel all day long.

There is a higher potential for technical analysis, especially if you’re working on more unusual deal types, but it’s not a guaranteed night-and-day difference.

Still, the perception of “more technical and complex work” persists.

Even recruiters will view you differently if you’re in M&A rather than ECM/DCM.

So here’s the 6-step process you can follow to make the transition successfully:

Step 1: Understand What You’re Up Against, and What’s in Your Favor

Here’s why bankers – both in your group and in the group you want to join – might want you to stay put:

On the other hand, you do have one big factor in your favor: You’ve worked full-time at an investment bank, and you “get it.” So you’re not likely to join the M&A team and then quit after a week when you realize that 16-hour days are the norm.

You can overcome the four objections by:

Before doing all of that, though, you need to do some reconnaissance work and figure out the best way to make this move.

In other words, should you stay at your current bank or move elsewhere?

Step 2: Decide Whether to Quit or Stick

If you’re making a dramatic move – the back office to the front office – then you’re often better off switching firms.

Capital markets to M&A, however, is a different story because they are both front-office roles and the work is not that much different.

In 90%+ of cases, it’s easier to make this move if you stay at your current firm.

As long as you’ve done reasonably well and you’ve worked in your current group for around a year or more, the senior bankers should support you.

If they do, great, you’re set. Ask the most senior banker – the MD or Group Head – if they know whether or not the M&A team (or another industry group) is hiring.

Say you’ve enjoyed your time in the group, but you’ve become more interested in M&A deals (or in a certain industry) over time, and you wanted to explore a transition to a different group.

If you can’t do this, then you’ll need to look to other firms.

Spread a wide net and do not focus on just one type of bank. In some career transitions it makes sense to focus on smaller firms, but that logic doesn’t hold up here.

Lateral hiring is very random, and you never know when hiring needs will pop up: people quit abruptly all the time.

Step 3: Lock Down Your Story and Your Technical Skills

While the basic outline of your response to the “Walk me through your resume” question – Beginning, Spark, Growing Interest, and The Future / Why You’re Here Today – stays the same, there are a few differences:

The biggest mistake I’ve seen in capital-markets-to-M&A stories is too much negativity:

Those are all direct quotes I’ve heard from coaching clients in their initial stories.

Re-frame your story to:

I now think it’s better to use a shorter version of your story whenever possible; 60 seconds is much better than 2-3 minutes.

Establish your credibility, the buy-in from your team, and a clear reason why you want to make the move – but don’t go into every single accomplishment in your group, your ratings, etc.

I don’t have much to say on this point besides: “Read all our courses/guides and complete the exercises!”

On second thought, I will add something: you have very limited time to learn or review the technical side if you’re currently working full-time at a bank…

…and there’s a good chance your technical skills are rusty if you’ve been working on equity and debt deals and haven’t interviewed in a long time.

Ideally, you should take our entire Financial Modeling Mastery course and complete everything… but you won’t have the time.

Here’s what I would recommend instead, depending on which courses, if any, you have:

You should know how this works if you networked your way into investment banking the first time around.

If you’re moving to a different group at your current firm, start by asking the senior bankers on your team for referrals. No amount of networking will ever beat a good referral from a senior banker.

If that fails, or if you exhaust those leads, or if you’re moving to a different firm, get on LinkedIn and start searching for M&A bankers in your desired location.

Contact bankers via email because they’ll be more responsive that way; many professionals barely even check their LinkedIn messages.

In terms of timing, some will argue that you should wait until the middle of the year or the beginning of the year because people tend to quit at those times.

From previous interviews on lateral hiring, I’m skeptical of that advice. Start as early as you can, which usually means ~1 year on the job to establish your reputation and get substantial deal experience.

If you want to network but remain somewhat discreet, you can use the following template:

I hope this email finds you well. I just wanted to reach out and briefly introduce myself – I am [Your Name] and I’m currently working in [Group Name] at [Firm Name].

I saw that you’re currently working in [Other Group Name], and I am very interested in learning more about your team and the work you do there.

Would you happen to have 5 minutes to grab coffee on [Propose Dates and Times]?

Thanks in advance, and I really appreciate your time.

Yes, your current group could find out you want to leave… but that is just a risk you have to take when you switch firms.

After making the initial contact, directly ask the person for tips on how to move into their group and if they know of any openings. And then follow this same process for everyone else you find.

You should be well-prepared for interviews because you’ve already handled two big tasks: developing your story and learning/reviewing the technical questions.

But there are three other areas you’ll have to work on before interviews begin:

For your deal discussions, see the previous article on how to write “deal sheets,” and make sure you can discuss:

You may have to stretch the truth for your contributions, but here are a few ideas:

And then here are some ideas for the results:

In theory, interviewers should dig into why you want to move into M&A, how much you know about the process, and how your previous deal experience is relevant.

In practice, interviews can be quite random:

So… prepare all you can, but don’t be surprised if interviews are not quite what you’re expecting.

Once you’ve completed the interviews, it’s a game of waiting, following up, and hoping that you hear back.

In many lateral hiring processes, they might bring in anywhere from 5 to 15 candidates for a single spot.

So your odds aren’t great, but they’re also not terrible.

The lateral hiring process often turns into an extended affair, so don’t assume you’re “wait-listed” just because you don’t hear back immediately.

All you can do is continue to follow up once a week until you hear something.

If you follow everything above and win that role in M&A, congrats!

As you’ll soon find out, there’s still a lot of administrative work, PowerPoint, and process tracking…

…so it may not live up to your expectations.

But hey, at least it’s a better group with more exit opportunities.

And one day, you might even be partially satisfied.