How to Decide on Investment Banking Summer Internship Offers: Who Has a 97.5% Full-Time Offer Conversion Rate? 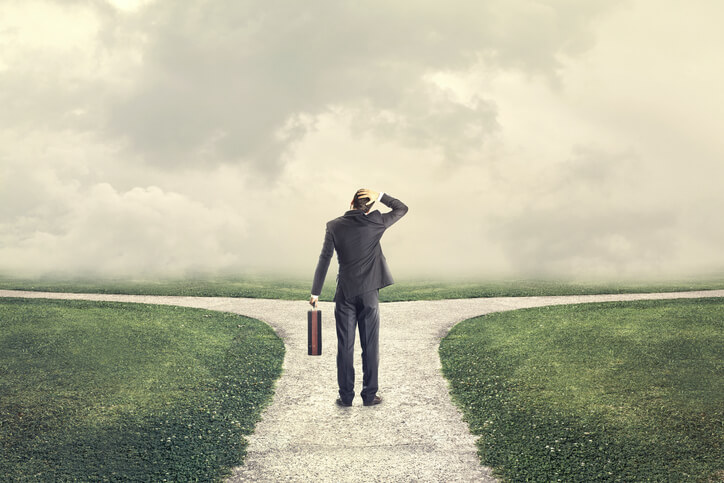 Yes, it’s that time of year again: You need to make a decision about summer internships.

If you’re fortunate enough to receive multiple offers from banks, you’re in a very good position.

But instead of enjoying the moment, you’ll be tempted to go down the rabbit hole of analysis paralysis, even though the decision is usually simple.

We have covered this topic before, but recruiting has changed over the years, so I wanted to revisit and update this article:

First off, summer recruiting starts and ends insanely early – sometimes over a year before your internship begins (and it keeps moving up each year!).

As I write this in September, there’s a good chance you might have already decided on your internship for next year.

The timing is not quite as crazy outside the U.S., but recruiting has been moving up earlier in other regions as well.

So, you need to think about your goals long in advance. The bank and group where you complete your internship will determine where you work full-time, and your full-time role will determine your next job in 2-3 years.

Also, the concept of “rankings” is now a bit blurry because it is not always clear how elite boutiques and bulge brackets stack up, and some BB banks (the U.S.-based ones) are stronger than others (the European ones).

You could even make the case that a top industry or M&A group at a middle market bank or In-Between-a-Bank is better than, say, a capital markets group at a weaker bulge bracket bank.

But deciding on an offer also depends on the specific group and the location in addition to the bank’s reputation.

Finally, it seems like fewer students are deciding between offers in very different locations, such as Hong Kong vs. New York vs. London.

That’s probably because the process has become so accelerated that it’s difficult to win offers in multiple regions at the same time.

The Ground Rules: What Matters

In no particular order, you should think about these factors when making a decision:

You should pick your offer based on the bank/group with the best reputation, deal flow, and people that best positions you for your long-term goals.

And if you don’t know what you want to do, pick the offer that keeps the most options open.

What Doesn’t Matter and What You Can’t Measure

Do NOT make a decision based on small differences in compensation, such as $2-5K; that might seem like an enormous amount as a student, but over a few years, it is nothing.

Finally, the full-time offer conversion rate should not be a huge factor because there’s so much bad information about this point online.

Yes, JonSnow666 claims that 45% of interns at Bank X receive full-time offers… but where does that number come from? Who is this person? Is it just a high-school or first-year university student?

The Cold, Harsh Truth About Your Decision

Picking the “right” summer offer only helps you so much because factors outside your immediate control also impact the outcome.

For example, the top MD in your group might leave and take half the team with him. Or deal flow might slow to a trickle in your sector. Or the firm might cut its full-time hiring, making the conversion rate far worse.

Also, your goals may change; you might start the internship being 99% certain you want to follow the IB-to-PE path, but then realize midway through that you hate the work.

So, you shouldn’t spend days obsessing over the decision if you’re lucky enough to receive multiple offers.

Here are some examples of how you might decide without overthinking it:

Both banks/groups have similar reputations and exit opportunities, and both offers are in the same location, so this one comes down to the people and whether you prefer a smaller or larger bank.

For example, if you have a great connection with someone senior at the JPM, it could make sense to accept the JPM offer even if you’re not certain you want to do healthcare.

The JPM offer might also make more sense if you want to leave finance eventually.

On the other hand, Evercore might be better if you want to stay in IB for the long term.

Capital markets groups are not ideal for private equity exits, but the Morgan Stanley offer is still better because of its overall brand name vs. the brand name of any middle market bank.

To maximize your chances in PE recruiting, you would have to move into the Leveraged Finance team, M&A team, or a solid industry group.

But it’s often easier to switch teams at the same bank than to move from a smaller bank to a larger one.

Both groups are quite strong and have solid exit opportunities, so this one depends on whether or not you want to specialize in restructuring/distressed deals.

If you do, the Moelis offer is better.

If not, BAML is better since it keeps more options open for you.

UBS is, technically, a “bulge bracket bank,” but it has moved away from investment banking over time, especially in the U.S. (it still ranks highly in Asia and Europe).

So, I would recommend Jefferies in this case, especially if you want a traditional PE exit.

I might change this recommendation if the UBS offer were in a non-capital-markets group.

This one depends on how much you want to specialize because oil & gas is very specialized.

If you join an O&G group in Houston, it will be very difficult to win non-energy exit opportunities.

This one is close to a toss-up since the locations are the same and the banks’ reputations are similar, so you should decide based on your interest in Restructuring.

If you’re sure you want to go down that path, PJT is better; if not, Rothschild is better.

But if you have a great senior contact at PJT who can ensure that you get solid experience, PJT might win out even if you don’t want to work on restructuring/distressed deals long term.

People say that Wells Fargo’s strength lies in its Balance Sheet, and that’s true, but it also has solid industry coverage groups, including the Industrials team.

Metals & Mining is probably the best group at BMO, and the NY location is better than Charlotte, but it’s also a lot more specialized than Industrials.

So, I would give the edge to Wells Fargo unless you’re 100% set on natural resource-related roles in the future.

This one is a toss-up if the locations are the same and you don’t know which group you’ll be in.

If there are no differences in the people, you might as well flip a coin.

Who in their right mind would pick RBC over CS?!! This one’s easy!

Well… not so fast.

If these were the same groups in the same location, I would agree, but if you want to stay in the U.S. and aim for traditional exit opportunities there, I would argue that RBC is a better bet because of its location and deal focus.

If you want to stay in Asia or you do not care as much about PE exits, CS is better.

My ranking here would be Evercore, DB, and Guggenheim based solely on the brand names and reputation.

If the offer were in one of the top groups at DB, I might rank it above Evercore, depending on how well it matches up with your long-term goals.

I’m exhausted typing out all those decisions above, so I’ll stop here.

If you have questions about how to decide between multiple offers, leave your inquiries below.

And if you really can’t decide, flip a coin and be glad you have a summer internship offer at all.