From TV Broadcasting to Investment Banking: How to Jump Off the Airwaves and Into the Abyss 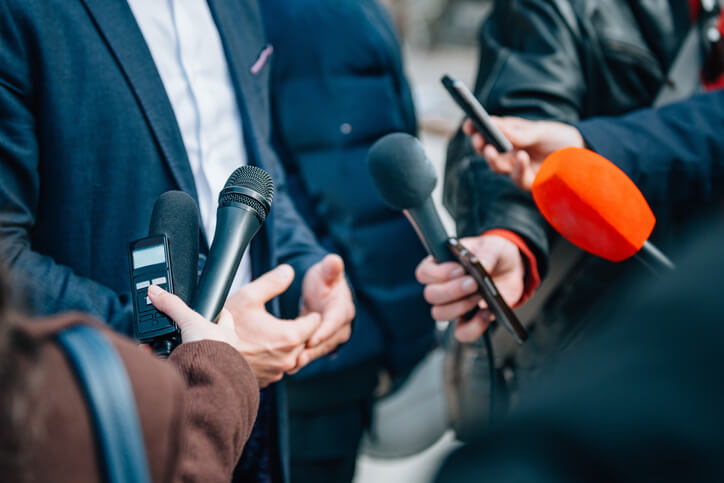 Recruiting moves up earlier and earlier each year.

So, what happens if you complete a liberal arts major, have no finance-related experience, and then decide to apply for investment banking roles in your late 20s?

Most people would say it’s impossible – you’d need to complete a top MBA or think about non-IB roles at that stage.

But others would welcome the challenge.

I recently spoke with a reader who fell into that “Challenge Accepted” category.

Here’s how he accepted the challenge and won offers at a boutique investment bank and then a real estate debt fund:

From Broadcasting to Investment Banking… via Eastern Europe

Q: Can you summarize your story for us?

A: Sure. I went to a semi-target university in the U.S., chose a liberal arts major, played sports on campus, and then studied abroad in an Eastern European country after learning some of that country’s language.

I went back to that country after graduation to bring my language skills up to the “business professional” level and won a media/broadcasting job at a major company; they liked the novelty of a U.S. citizen who lived there and knew the language.

They put me on the business desk, so I gained a lot of exposure to Western companies attempting to expand into the region.

I worked there for a few years and then completed a Master’s degree in a different European country, interned at a policy think tank, and became interested in international development.

Specifically, I wanted to know how Eastern European and Former Soviet Union (FSU) economies could grow without solid infrastructure and a history of private property protection.

Someone recommended that I go into investment banking to learn more about that, so I moved back to the U.S., became obsessed, and networked like a madman to win a job at a boutique in New York, successfully moving from broadcasting to investment banking.

The bank worked on small M&A and capital raising projects (under $10 million), the Partners didn’t take salaries, and they paid me close to minimum wage.

I gained experience with financial modeling, presentations, and deal marketing, but I wasn’t able to use this job to move to a bigger bank.

Instead, I caught a break when a networking contact at another bank won an offer at a real estate debt fund and then recommended me for interviews there.

This real estate group wanted more mature Analysts who could work with less experienced ones and help get them up to speed on deals, so I was a good fit.

After my contact referred me, I interviewed there and won and accepted an offer.

Currently, I focus on underwriting bridge loans (i.e., temporary loans used to fund acquisitions before permanent ones are put in place) across all types of properties.

Q: That’s quite a story, so I’ll have to dig into each part to find plot holes.

First, why did you apply for IB roles when you had been out of university for several years?

Wouldn’t it have been easier to use a top MBA to make the “broadcasting to investment banking” transition? Or to aim for non-banking roles?

A: I didn’t want to spend the time/money required for an MBA, and I wasn’t sure that I could even get into a top program.

Also, bankers were willing to meet with me in my initial networking efforts. Few of them passed along my resume, but they were at least willing to speak with me.

That told me that I had some chance of breaking in with the “broadcasting to investment banking” angle, even if I had to join a tiny boutique.

I didn’t apply to non-IB roles because I didn’t think I had a better shot at those.

Remember, I had no real finance experience – only my broadcasting gig was remotely close.

It’s not like I was a recent graduate with PWM and Big 4 internships who had started too late; I had nothing going for me other than an interesting story.

Plus, if I had gone for non-IB roles first, I would have been even older when it came time to move into investment banking.

In theory, banks cannot discriminate based on age, but in reality, they always figure out your age, and it’s almost impossible to win Analyst offers if you’re over 30.

Q: OK. On that note, how did you approach the networking process?

A: I knew that email and LinkedIn networking wouldn’t work that well because I didn’t have on-paper credentials that looked good.

So, I decided to focus on in-person events, starting with a few sponsored by my university’s alumni group in NY.

Then, I expanded into Meetups and used corporate events and parties to meet more people.

I also got decent results by putting on a suit and sneaking into recruiting events held by Columbia and other top schools in the area.

I told bankers upfront that I didn’t attend the school, but most of them were receptive anyway.

I always started by asking questions that had nothing to do with finance, as you’ve recommended.

Despite this site, your investment banking networking articles and tutorials, your Networking Toolkit, and other resources, most students at these events still ask awful questions and bore bankers to death.

I also joined activities such as soccer leagues and used them to meet people. In one case, a staffer in my league helped me win a bulge-bracket IB interview.

Finally, I did some LinkedIn cold emailing/messaging and got a few interviews by using their Premium service for about a month.

That indirectly led to my offer at the boutique bank, though I met a lot more people at large banks via my in-person networking.

A: I came close to not surviving!

The short answer is that I also worked several part-time jobs, including as a bartender and as a server in restaurants.

My job did not have traditional investment banking hours (i.e., 80-hour workweeks); they acknowledged that I could barely survive on my salary, so they gave me time for other jobs.

I also took on quite a bit of credit card debt because there were times when I couldn’t cover expenses with my income.

Believe it or not, this role was almost unpaid.

When I showed up on the first day, they asked me to complete a valuation exercise because they were skeptical that I knew how to do anything.

They didn’t start paying me until I had submitted the work sample, proved I could do the work, and consistently worked late to finish projects.

Investment Banking to Real Estate: Moving Up… or Sideways?

Q: It sounds like you gained some good deal experience, despite the absurdly low pay and randomness of the work.

Why couldn’t you leverage this role to move to a larger bank? Didn’t other firms find your “broadcasting to investment banking” story inspiring?

A: I did make it far into interviews at a few elite boutique and bulge bracket firms, all because of my aggressive networking.

The main issues that prevented me from were winning an offer were:

When the real estate debt fund opportunity came up, I realized it might be a much better fit.

RE firms care less about pedigree because they just want people who can get the job done.

My lack of closed deals also mattered less because, as lenders, they turned down the vast majority of deals they saw, and they understood that deals didn’t have to close to be valuable experiences.

Finally, real estate linked back to my original interest in international development and infrastructure quite well.

It was much easier to link that and my Eastern European experience to real estate investing than to relate them to investment banking.

Q: OK. What was the interview process at this firm like?

A: I started with a phone interview with the staffer and an MD there, and then I went for in-person interviews, met everyone, and went out to dinner with them.

They spent 90% of their time asking me about my deals and how I contributed. They did not give me any formal case studies or modeling tests.

They knew that real estate financial modeling and credit analysis are not rocket science, so if they hired people who knew deals and understood valuation/modeling, they could easily learn real estate.

After I won the offer, they spent the first ~6 months training me by having me create deal synopses and analyses and reviewing previous deals the firm had done.

There are some groups here that require more knowledge going in, such as the mezzanine team, but with the bridge loans and permanent loans common in commercial real estate lending, you don’t necessarily need to be an expert.

Q: Very true. What has the job been like so far?

A: Overall, I like it quite a bit. It’s an improvement over my boutique IB experience because I actually close deals and earn a reasonable salary now!

I usually arrive at 8 AM, do a daily deal call, and listen to originators present to the credit committee.

Then, I’ll meet with my group to review the status of current and upcoming deals.

The rest of the day is a mix of working on models, preparing documents for the credit committee, conducting due diligence on properties, and putting together applications for borrowers.

I work on 4-5 deals at a time, which includes building the models, finding expense comps, and figuring out the proper assumptions for rental growth.

Most bridge loans have 3-year maturities with two 1-year extensions, so we pay a lot of attention to the projections over 3-5-years.

The office environment here is quite relaxed (we’re in the Midwest/South), so people often take hour-long lunches outside the office.

We’re fairly selective with the loans we fund. On the multifamily side, only ~10% of screened loans go to the application process, and of those, ~90% close.

On the industrial/retail/office side, ~5% of loans go to the credit committee, and only ~5-10% of those close.

These are low success rates, but we see so many deals each month that closed deals are fairly common.

Q: What are the best and worst parts of the job?

A: The best part is that I get to analyze local real estate markets in-depth and dig into the assumptions and lease structures.

It’s satisfying when I can defend my numbers to the credit committee and answer their questions.

The worst part is that I also spend a lot of time cleaning up data and working with disastrous rent rolls, like ones for individual tenants in a 600-unit multifamily property.

Also, it can be frustrating to present deals to the credit committee when they’re always looking for reasons to reject deals.

It’s a very different mindset from investment banking, where everyone always wants to close deals.

Q: Awesome. Thanks for your time and sharing your story!

A: My pleasure. Happy to contribute.