How to Break into Real Estate Debt Funds, from Senior Lending to Mezzanine 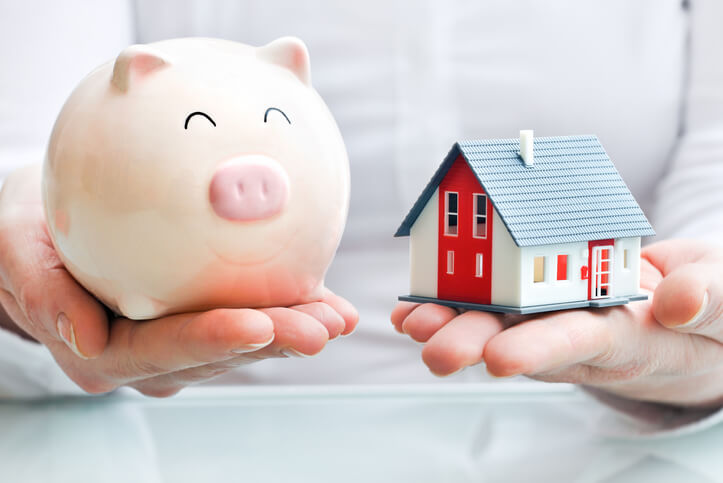 A few years ago, I pointed out that there was very little information about real estate private equity online.

But one area has even less information: Real estate debt funds.

Part of that is because interview guides and articles focus on equity-related buy-side roles.

But it’s also because real estate is specialized, and few people know it in-depth.

Luckily, our readers know a lot about these specialized areas.

And one reader I spoke with recently has a lot to say about this field after he transitioned into it from real estate investment banking:

Background and Breaking In

Q: Can you summarize your story and how you got into real estate IB initially?

A: Sure. I went to a top school in the U.K., but had family issues in my second year and had to take time away from school, earning relatively low grades as a result.

I took a year off and applied for different jobs, including one at a credit rating agency, which I used as a steppingstone into banking.

I was rejected outright at many banks because of my grades, so I had to use aggressive cold calling and cold emailing tactics to break in (your templates helped!).

I finally reached an MD at an elite boutique, made it through interviews, and spun my academic experience positively enough to win an offer.

I did an internship there, won a return offer, and joined the real estate group for my full-time role.

Q: Great. And what was the real estate IB role like in London?

A: We worked on a wide variety of deals, from REITs to individual hotels and offices to portfolio transactions.

Almost every real estate company on the FTSE is structured as a REIT for tax-savings purposes, so the coverage universe was wide.

The best part of the job was that the real estate team did everything, even on deals like IPOs and debt restructurings that are normally handled by the ECM or Restructuring teams.

Since real estate is specialized, it wasn’t possible to “hand off” these deals to the other groups.

There were many cross-border deals, and we looked at properties in Scandinavia, Eastern Europe, Ireland, France, Germany, Portugal, Italy, and so on.

The worst part of the job was that we never worked on the biggest deals because we could not provide financing.

So, if you want to work on the mega-deals in any industry, you’re still better off at a bulge bracket.

So, you joined the bank, worked on real estate deals, and then moved into a buy-side role relatively early on.

A: Compared with the PE/HF recruiting process in North America, it is very unstructured here.

Lots of smaller and mid-sized funds will hire anyone at any time; if you interview and win an offer in March, your job might start in April.

Larger funds stick to more of a set schedule and tend to hire bankers after their first years finish up in September.

But the timing is slower than in the U.S.; headhunters began contacting me in January/February, about six months after I started, and I began responding in March.

There is a massive dearth of buy-side real estate talent in London, in both equity and debt, because it’s specialized and funds always prefer people with previous RE experience.

As a result, it’s easier to win buy-side real estate roles than it is to win the same roles at generalist funds.

The first round of almost every interview, for both equity and debt roles, was a modeling test.

The standard LBO model was the most common test for equity roles, while credit funds gave tests where you had to build a cash flow schedule and track credit stats and ratios based on a tenancy schedule, expected costs, and revenue.

Your real estate financial modeling course is good preparation for these types of tests.

Q: Which one was more difficult, and why did they start with the modeling tests?

A: The debt tests were more difficult because they were ad hoc.

They could always change assumptions like the free months of rent, concessions, and renewal probability, and you’d have to write new formulas based on the logic.

By contrast, most LBO models were “paint by numbers”: Once you’ve practiced enough, you can complete them with your eyes closed.

Most funds started with these tests because modeling is a pre-requisite for any buy-side role.

Q: That makes a lot of sense.

Beyond the case studies, were any particular questions difficult?

Following the modeling tests, most funds did a few rounds of interviews where they asked the standard “fit” questions: Why real estate, why do you want to move to the buy-side now, and so on.

The “Why Real Estate?” question should be easy if you’re already in a real estate group: You gave up a generalist group and broader opportunities because you wanted to focus on this industry.

I sometimes received more open-ended questions and case studies at smaller funds, and some of those required real estate market analysis as well.

They might have asked me to discuss the investment merits of a specific REIT or property, and it turned into more of a conversation and less of a formal presentation.

Q: You interviewed for both debt and equity real estate funds.

Why did you settle on a debt fund?

A: First, the CRE lending space in the U.K. has changed dramatically over the past 5-10 years, and alternative credit providers now own about 15-20% of the market.

In the distant past, commercial banks provided most of the lending, and alternative providers had only about 2% of the market.

Insurers, such as Aviva, are also playing a bigger role in this market because senior CRE lending is now seen as a legitimate alternative to fixed income investing.

I also knew that I would get more deal exposure and close more deals if I went to a debt fund.

I do like the higher IRRs in the equity space, but most of my offers there were from smaller funds that worked on smaller deals.

Given those factors, it made sense to accept an offer at a mid-sized credit fund that does both senior and mezzanine deals.

On the Job at a Real Estate Debt Fund

Q: Thanks for explaining that. What has the job been like so far?

A: The most obvious difference vs. investment banking is that the work/life balance is far better.

I no longer create pitch books, and I only write occasional credit memos, so there’s far less grunt work.

I also see far more deals than I did in banking, and the work is more interesting because we have to dig into the numbers and think critically about each assumption.

Q: In traditional private equity, people often complain that they rarely close deals because they pass on 99% of companies.

A: The “pass ratio” is far lower for senior debt because there’s less risk, and the Principals often do a quick check before asking us to evaluate deals.

We take around 65% of senior debt deals to the credit committee and then proceed with ~50% of those. So, we complete roughly 1/3 of all senior deals and pass on 2/3 of them.

The percentage is lower for mezzanine deals because there’s significantly more risk and we have to evaluate assets from the equity perspective as well.

Q: And how do you evaluate these deals?

A: Debt analysis is based on the downside case, so we start by ignoring the sponsor’s business plan and coming up with our own assumptions.

Their numbers can be so wildly unrealistic – valuation differences of 50% or more – that it’s important for us to come up with more reasonable figures first.

Then, we’ll look at what happens when vacancy rates increase, rents fall, and expenses rise, and evaluate the likelihood of an Armageddon-like scenario.

Mezzanine analysis is more like traditional equity analysis, and so we have to buy into the “story” for the numbers to work.

We rarely do mezzanine deals with equity participation, but that gives us an advantage because we can also demand a higher coupon rate than a fund that wants the participation.

We tend to underwrite deals to target specific IRRs, but we can also internally leverage loans to boost those returns.

When you’re not taking equity risk, that’s a great result.

What are the typical exit opportunities from these funds?

A: The most common paths are:

Many credit funds are also being acquired, so that could be another “exit.”

I plan to stay in this industry, but I would like to work in the U.S. for a few years to learn a different market.

A: If you want to close deals, work at a credit fund, not a traditional PE fund!

I closed only a few deals in my entire time at a bank, but I’m on track for ~1 per month here so far (though I’ll admit it would be unrealistic for this to continue forever!).

The level of responsibility is also much higher since I’m now running deals, and my work tends to get checked later in the process – which means it needs to be correct, or the whole process will be delayed.

If you’re looking for those points, you should at least consider credit funds.

Q: Thanks for your time.