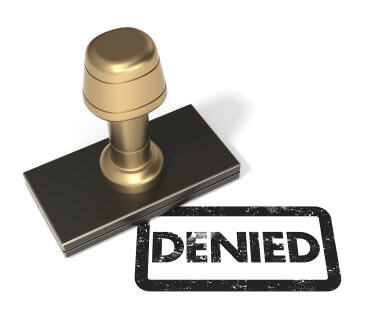 And if you just started working in investment banking – or you’re going to soon – you’ve already done extensive research on how many deals your group does and the probability that you will get into Blackstone based on your expected deal experience.

You need deal experience for buy-side interviews, for your resume, and you’ll certainly need it when you go out for bottle service and your MD makes you pick up the bill.

The only problem: you’re not gonna get any (deal experience, not bottles).

Most likely, you won’t even close a single deal in your first year.

Here’s why all your deals will fail, and what you can do about it to land offers anyway:

Usually when people – or overzealous news reporters – say, “Most M&A deals fail” they mean that most deals fail after the fact.

But most deals never even reach the finish line in the first place – they die premature deaths, never having burst out of the womb and onto the front page of the Wall Street Journal.

And these premature deaths have nothing to do with whether or not you remembered to change the font size to 12 everywhere and capitalize all titles in that pitch book you finished at 3 AM last night.

Mark Suster puts its well: “Time is the Enemy of All Deals.”

But I would change it to: Time Kills Deals.

As the deal process drags on and on, both the buyer(s) and seller(s) start to lose interest; their financial and strategic situations change, and what once looked like a great idea now looks like as great an idea as showing up to Cain without the appropriate arm candy.

Time kills M&A deals most often in one of two ways:

“Strike while the iron is hot” applies equally to relationships and deals: your chances of closing plummet if discussions (or flirtations) drag on and on and no one commits to anything in writing (or in other ways…).

Can You Fix This as a Junior Banker? No, not really. Unless you’re incredibly slow at responding to emails or finishing up work – which wouldn’t even happen or you’d get fired – you’re not responsible for deals dragging on and on. Blame it on red tape, ego, and politics (see below).

The buyer comes in and makes an offer for $30/share, a 50% premium over Company A’s current share price.

The problem is that Company A’s 52-week average was $35 / share and they refuse to sell at anything less than that. Its current price of $20 / share is near its 52-week low, and selling now would be incredibly stupid despite whatever the valuation says.

Even if they missed earnings by 50% twice in a row, management always thinks “things will get better.”

This happens all the time and is one of the many reasons why buyers and sellers can’t come to terms on price.

Sometimes it’s less complicated than that: the seller simply refuses to sell for anything less than a sky-high price that values them far beyond what they’re worth.

Or the Board of Directors doesn’t want to go through with the sale because they believe institutional investor shareholders wouldn’t approve, or because they also think “things will get better” (don’t hold your breath – they only get worse).

Can You Fix This as a Junior Banker? No, unless you’ve developed the ability to mind-control executives as the newest member of the X-Men.

Do make sure your valuation is correct and that you remembered to adjust for capitalized leases and non-recurring charges in your EBITDA calculation, though.

There are pages and pages of non-price-related terms in the typical Definitive Agreement, and any one of them – or all of them – can derail your deal just as it’s about to reach the finish line.

There are dozens of terms that might cause problems – and the best part is that regardless of whether the deal happens, the lawyers still get paid because they bill by the hour and love to debate minutiae.

Can You Fix This as a Junior Banker? No, but you can “enjoy” watching the lawyers send endless paperwork back and forth and spend weeks “turning” documents and marking them up.

And be glad you don’t get paid by the hour or you’d have to do this crap all day as well (ok, I guess your work isn’t much better).

The VP of Marketing wants to put himself in line to become CEO when the current one steps down next year.

Meanwhile, his chief rival – the VP of Business Development – has been one-upping him and got a 10% higher bonus last year. Plus, he was invited to a special event at the CEO’s house and their kids hung out together.

The Chairman of the Board has the hots for the VP of Marketing’s wife and wants to make a pass at her, so he’ll do whatever he can to make the VP think they’re on the same side.

The VP of Business Development brings the CEO your deal, and the CEO likes it – so the VP of Marketing gets nervous that his rival will move up the ladder and rallies everyone else to block it from going through.

Meanwhile, the Chairman of the Board still wants to hit on the VP’s wife and have his fourth affair, so he supports the VP and gets the Board to block the deal so that he gets invited to a dinner event at the VP’s house.

So now your deal will never go through, and it has nothing to do with the merits of the company itself – it’s 100% politics and conspiring behind closed doors.

This is not a soap opera – the above story happens all the time and while the details may differ, a few things remain constant: ego, the drive to move up the ladder, and office politics.

Big companies make “decisions” in mysterious and non-transparent ways, and dealing with this is just part of the game you’ll play as a banker.

Can You Fix This as a Junior Banker? No, but if your family happens to own a $100 billion conglomerate in your home country you might be able to bribe executives to make the deal go through (that was a joke, do not actually do that or you’d go to jail).

Your deal is going great – 5 PE firms have expressed interest, and 2 of them are already getting commitments from lenders.

And then… a financial crisis hits and kills the credit markets. Or we go into (yet another) recession and consumer spending drops 20%, which kills the company’s revenue.

Regardless of the type of deal you’re working on or the client in question, stuff you have no control over can always derail your deals.

It’s the equivalent of being struck by a lightning bolt, but the probability of a financial crisis or recession is significantly higher.

Can You Fix This as a Junior Banker? See above. Even with X-Men superpowers you couldn’t do much here unless the “Material Adverse Change” consisted of a hurricane or typhoon and you happened to inherit Storm’s abilities.

No Closed Deals – What to Do About It?

So in 99% of cases, you can’t do much when your deals fall through.

You might think you’d be screwed when this happens, but think again: it doesn’t really matter.

“When picking deals to write about, what you personally contributed to the deal is more important than the size or “prestige” of the deal… writing about unannounced or dead deals is fine. Just don’t mention any names or anything that could be tied directly to a specific deal.”

Unless it’s a high-profile deal and you make it extremely obvious, you’re in the clear.

If something has already died or is in a quagmire, just pretend that things are fine and that it’s running along smoothly.

So if you thought of several extra buyers to add to the list, your analysis was used by senior bankers to bargain for a 5% better price, or you caught an error that might have really derailed the deal, make sure you write about all of that.

Otherwise, discussing dead deals is no different from normal deal discussions and regardless of whether a deal is healthy or died prematurely, everything is “in progress” to the interviewer in the room.

But Does This Issue Even Matter Outside of PE / M&A?

If you’re working in a group like ECM or DCM, you might actually get closed deals within your first year since deals there tend to be smaller, more frequent, and require less “custom” work.

They still fail all the time, but ironically it’s easier to get 100 willing investors to buy a new stock or debt issuance than it is to get 1 investor to buy 100% of a company.

If you’re in banking and want to move into something other than PE or corporate development, this issue of closed deals will still come up because even hedge funds and asset management firms will ask about your deal / client experience.

And the answer is the same: pretend it’s still ongoing even if it died, and leave out the names.

Luckily for you, though, it doesn’t make a difference for recruiting.

And if you do happen to get lucky and close a few deals, go out and celebrate – you might even be able to pick up the bottle service tab this time.