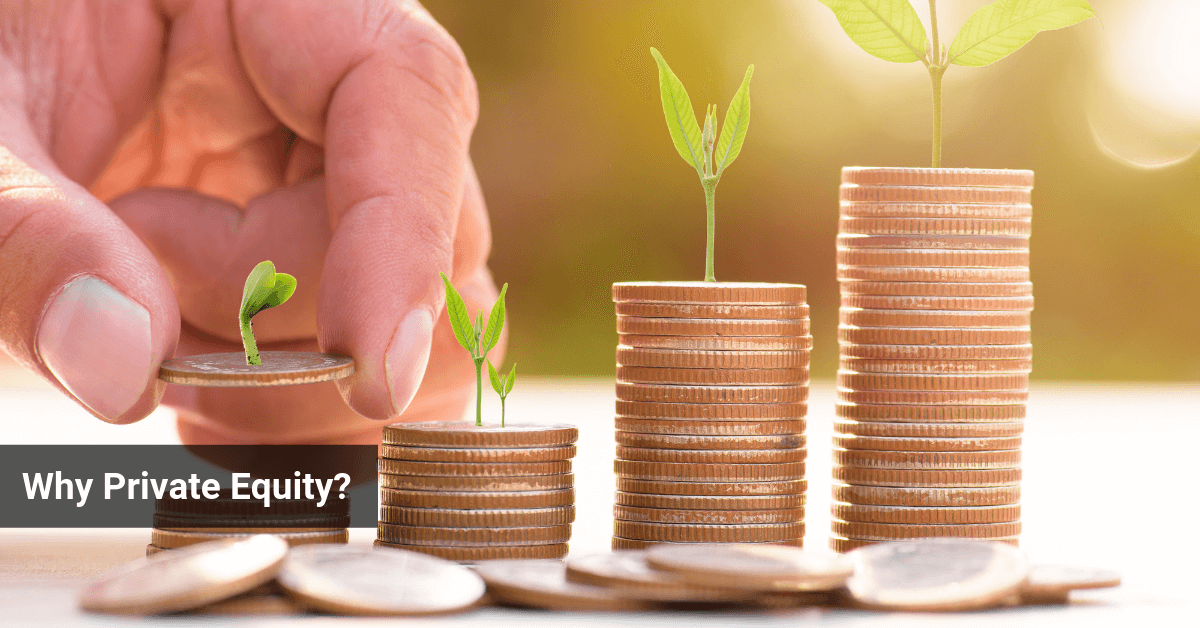 So, you’ve made it through your first few months in banking alive. Your waist is bigger from all those tiramisu desserts, but luckily your bank account has gotten even fatter than your stomach.

And your bank account is set to get even fatter in the future – if you can successfully break into private equity.

While you know about the case studies and modeling tests you’ll get and the deals you’ll have to discuss, you haven’t put any thought into the “Why private equity?” question.

Which is a problem – because the last thing PE guys want is a banker or consultant who wants to do PE simply because he/she hates banking or consulting or because everyone else doing it.

Why Private Equity: Why Does It Matter?

While PE firms want people who are technically proficient (one reason why consultants face a more difficult time getting in, at least in the US), fit is even more important than in banking because firms are an order of magnitude smaller.

Unlike banks, private equity firms have no need to hire an army of analysts to do grunt work: they’re not creating pitch books and competing for sell-side, buy-side, and financing mandates all day, and if they’re understaffed they can say “no” to potential investments.

The interview process can also be much more of an extended affair in PE, with many firms below the mega-fund level conducting interviews over months rather than the days or weeks you see in banking (the mega-funds do it much more quickly).

As a result, fit is critical and if the Partners doubt your motivations for wanting to do PE, they won’t give you an offer.

What NOT to Say for the “Why Private Equity?” Question

As with some other interview questions, there’s a temptation to say something stupid in response to “Why private equity?”:

I doubt you would say anything this bad in a real interview, but your actual answer may not be significantly better, either.

All the reasons above are bad answers, for different reasons:

In short, any variant of “I don’t like my current job and PE would be better because [Insert Reason Here]” is bad because it’s too negative.

And anything where you sound like you expect to conquer the world and become a trillionaire also sounds bad because it shows that you don’t have a clue about how the industry works.

You might have had dreams of becoming a baller at KKR or Blackstone making $100 million per year, but you should pinch yourself and wake up since that will never happen.

I often group IB and PE together on this site because the work is not much different.

If you don’t like Excel, if you think EBITDA is boring, or if you have no interest in analyzing financial statements or reading about different companies, you should stop right now and do something more creative like advertising instead (I hear Don Draper is hiring…).

There are advantages and your role differs from what you do in banking, but if you fundamentally do not like analyzing and valuing companies, you’re going to hate it.

You do get more responsibility at certain firms, sometimes you’ll get to observe Boards of Directors and sit in on meetings, and you don’t get the stupid fix-the-printer-and-fetch-coffee tasks that you see in banking.

But please do not assume that it’s a night-and-day difference just because a bunch of 22-year old students in your finance club say it is.

Better Answers to This Question

To answer this question successfully, you need to avoid the clichés above and point out positive differences between PE and banking or between PE and whatever you’re moving in from (consulting, corporate development, etc.).

But you need to do that by highlighting what you’re looking for rather than what you don’t like about your current job.

Examples of solid answers to the “why private equity” question:

It’s not “wrong” to make a direct comparison between PE and other fields (see the first 2 reasons) but you always want to downplay the negative part.

Ideally, you’ll tie the investments a PE firm makes to what you’ve done previously in school or work:

The exact reasons depend on your background and where you’ve worked before, but you should combine these points – industry / company / deal focus + investing and working with companies in the long-term – to frame your answer:

It’s not rocket science: highlight the positive differences between PE and your current field and why you’re interested in pursuing them as you transition into becoming an investor yourself.

If you’re coming from a banking or consulting background, you may get questions about PE vs. other exit opportunities:

Why Private Equity Over Venture Capital?

If the PE firm you’re interviewing with asks you this one, say that VC is too far in the operational direction for you, and how you feel it’s more about predicting the next Google/Facebook/Zynga than analytical reasoning.

You prefer PE because it’s a blend of both operations and finance and because you can help Founders with well-established businesses make them even better via solid analysis and research rather than just guesswork.

And, of course, if you’re interviewing for VC you want to take the opposite position and say that PE is all about financial engineering with little value-add and that you can truly help early-stage companies take off because they’re more in need of help than established ones.

Why Private Equity Over Hedge Funds?

For detailed coverage of this topic, please see our article on the hedge fund vs private equity comparison.

In short, this one is harder to answer because there are so many types of hedge funds, and the strategies used and the fund sizes can make for completely different experiences.

But the main difference between most hedge funds and most PE firms is that in PE you invest in entire companies (at least, in developed markets) whereas at hedge funds you make much smaller investments and it’s often closer to trading.

You prefer PE because you want to understand how entire businesses work – at a hedge fund you would only get the financial aspect and your skill set would be more limited.

Why Private Equity Over Corporate Development?

This one also has a more subtle distinction: the main difference is that in PE you look at all sorts of different investment opportunities and companies, whereas in corporate development the scope is more limited and you’re always looking at deals and partnerships for your own company.

So that’s exactly what you say in your answer: you want to gain a broader horizon and work in industries and sub-industries outside your own.

Are Any of These Reasons True?

I mentioned above that many of the myths about PE (becoming a baller making $100M USD at age 25, buying countries, and surpassing deities) are untrue.

For all these “Why PE” examples I’ve been referencing the mix of operational and financial work and working with companies over the long-haul – so you might rightfully wonder if any of that is true.

It’s somewhere in between: some firms do focus more on add-on acquisitions and operational improvements, whereas others really are just about financial engineering and using as much debt as possible to boost returns.

Even if the firm you’re interviewing with is more focused on finance, though, you will still learn more about operations because you do a ton of due diligence before you actually invest (in banking you mostly just send these documents to other parties).

Unless you start or work at a real company, you’ll never learn the ins and outs of how it “really” works, but you will at least learn more than you would as a banker – so it’s more true than the bad “Why PE?” answers in the beginning.

Hopefully not because you have delusions of grandeur and you’re planning out which beach in Thailand you’ll buy with your first $10 million.

Focus on the positive differences, link your reasons to your background and long-term goals (just like with the “Why investment banking?” question), and don’t fall prey to any of the bad answers about pay or lifestyle.

VIEW THE GUIDE AND ACE YOUR INTERVIEWS
Shares
Share This