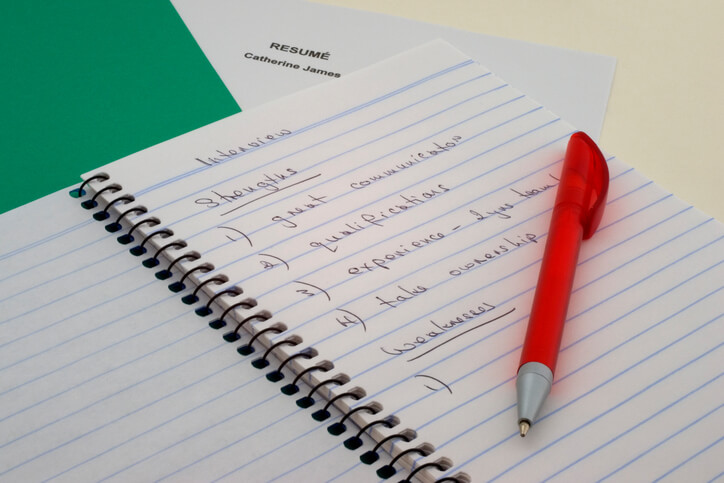 “Katie Couric: What one personal flaw do you think might hinder your ability to be president?

Barack Obama: I don’t think there’s… a flaw that would hinder my ability to function as president. I think that all of us have things we need to improve. You know, I said during the primary that my management of paper can sometimes be a problem.”

If even Barack Obama couldn’t come up with a good answer to this one, what hope do you have?

It’s one of the most difficult and controversial questions in interviews, but if you follow the guidelines here you’ll at least be able to give a better response than Obama – and you’ll land an offer or 2 in the process.

This question – and its many variants, such as “What are your 3 greatest weaknesses?” and “What constructive criticism have you received?” – is a silly one to ask in interviews because:

But that doesn’t mean you won’t get the question anyway – bankers, after all, are from rational.

It’s arguably the toughest “fit” question to answer because:

There are 2 schools of thought on how to answer the weakness question in interviews:

Which One is Correct?

Neither one – or at least, neither one is the best way to answer this question.

Giving a non-answer like the examples in #1 won’t necessarily sink your chances, but the interviewer may stop you mid-sentence and call your bluff, or tell you that you should give a real weakness rather than a fake one.

Some suggest that you should give a non-answer like this because the “weakness” question is just a test of your BSing abilities, which are critical in banking.

And the last thing you want to do in an interview is plant a seed of doubt in the mind of the interviewer.

What NOT to Say

As with fashion, cover letters, and grades (bankers like to weed out people with negatives), this question is more about avoiding a bad response than giving a good one.

You should avoid non-answers, answers that show a lack of self-respect, joke answers, and legitimate weaknesses that impair your ability to be a banker:

You may think these sound ridiculous, but I’ve heard variations of everything here mentioned in real interviews and mock interviews.

I know someone will now leave a comment below and say that they gave one of these answers in an interview and it actually worked – and that may happen sometimes, depending on whether your answer was just bad or really bad.

If the interview is going well and you’ve been joking around and talking about non-work-related topics for awhile, your chances of getting away with a joke answer go up.

But you must make sure that your delivery indicates that it’s a joke – if you say it completely straight-faced and don’t laugh afterward, they may assume you’re serious when you triumphantly shout, “I have no weaknesses!”

Unless you’re extremely skilled at interviews and reading people – and if you’re a university student, there’s a 98% chance you’re not – I would stay away from these answers and try a different approach instead.

There’s still no good answer to this question, but there are answers that are “less bad” than others.

Here’s what you need for a solid answer:

Take Me to the Examples, Please

Most advice stops here and doesn’t present sample responses you could give in an interview. So we’re going to fix that by providing not 1, but 3, example answers you could give.

Before you leave a comment saying, “OMGWTF that answer is stupid!!!!” realize that none of these answers is perfect, or even “good” – rather, they are “less bad” alternatives to the really bad answers above.

“Sometimes I Get Too Hung Up on the Details and Don’t See the Bigger Picture.”

The main problem is that this could come across as a non-answer depending on how you phrase it – there’s a thin line between “getting lost in the details” and “working too hard.”

If you want to use this one, you need to give an example of how this affected something real – you were so focused on getting the numbers perfect in one part of the project that you didn’t pay enough attention to the live presentation and lost the audience’s attention in the beginning since you weren’t organized.

But since then, you’ve been working to better allocate time and keep your presentations organized.

This one is good because it’s legitimate, or at least quasi-legitimate, and it doesn’t hurt your ability to be a banker as much as poor attention to detail or inability to multi-task would.

The main downside is that some bankers will see this one as BS and ask you for something real – at which point you could go into a specific example like the one above, or give another sample response here instead.

“I Don’t Have Much / Any Investment Banking or Finance Experience.”

Some bankers will see this one as a non-answer because no one entering the field has experience – but plenty of incoming bankers have had internships before.

The bigger risk is that it may come across as “too real” – so you need to follow-up and talk about how you’ve been getting up to speed and learning a lot on your own, via friends, training programs, and other sources.

You could also point out while no one has full-time experience, some people have had internships where they learned the ropes.

You have to be really careful with the wording because you don’t want to discount yourself – don’t say, “I was an engineering major and not a finance major, so everyone else knows more than me.”

Say, “I haven’t had as much finance experience as other people, so I’ve been working to get up to speed and learn more on my own.”

There’s a subtle difference between this answer and the “I’m not a finance major” one in the Responses to Avoid: the answer here relates to experience, which is at least partially beyond your control, while the other one relates to your major, which is more within your control.

“I’m Not Good at Public Speaking.”

This is a legitimate weakness that hurts your ability to advance in some fields of business – like sales or executive positions – but which is not critical for entry-level investment banking roles.

You do have to communicate via email, on the phone, and in-person all the time as an analyst or associate – but you rarely, if ever, present to large audiences in-person.

Once again, some interviewers may call your bluff and say it’s not a real weakness because public speaking is not critical as a banker – in which case you can use one of the other suggestions above instead.

For this one you should also mention something more specific than “not being good” at public speaking – you get too nervous, you go on for too long, or you don’t properly allocate time – and then say how you’ve been improving (practicing, classes, Toastmasters Club, etc.).

You won’t always get the exact “What’s your greatest weakness?” question. Other variations include:

None of these is much different or more difficult than the original question.

Explaining your strengths is easier than giving your weaknesses (give a strength that’s highly relevant to IB, like quantitative ability, and then a specific example of when you used it), so there’s not much to say there.

For the questions where you’re asked to give multiple weaknesses, you could give 2 “non-answers” for the first 2 weaknesses, and then give a real weakness for the last one – if they expect you to do that anyway, you might as well play along.

You might get called out on the “Obama” weakness question if you say something like public speaking, so be prepared with something that’s more relevant to banking, such as lack of experience.

So what’s your greatest weakness?

Hopefully your answer doesn’t start with “None” or include “the management of paper.”

And you might just get the offer, even if you still can’t win a US presidential election.