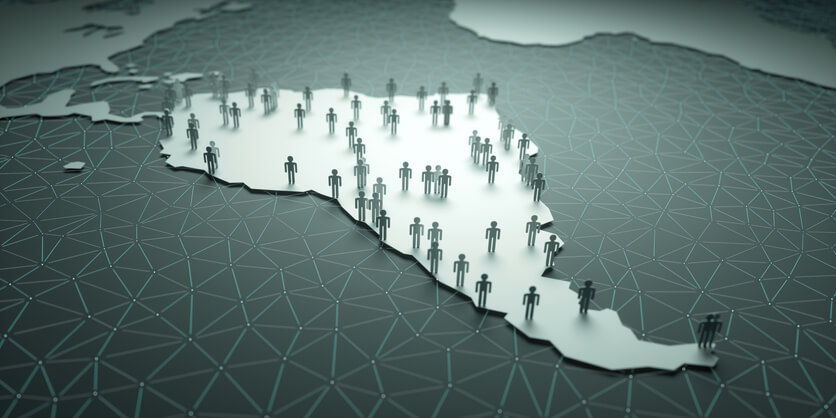 Should you go straight to the source?

In other words, if you cover emerging markets such as Latin America or Africa, is it better to be based in those regions, or to work in the nearest financial center, such as New York or London?

You might think it pays to be local, but that’s not always the case.

And the classic example of that is investment banking in Latin America, where being “on the ground” creates some interesting trade-offs – as our reader today found out:

Breaking into Banking: The Never-Ending Internship

Q: Can you tell us your story?

A: Sure! I completed my degree in Latin America, did several internships in valuation and M&A, and won a one-year-long “internship” at a large international bank in a Latin American country.

I won a full-time offer from the internship and have been here ever since.

Q: I know you don’t want to describe your background in detail, so let’s move on.

What is the IB recruiting process like in Latin America?

In New York, the process is the same as in any other group: Banks recruit students from target schools. If you’re at one, you apply and win interviews/offers like that, and if you’re not, you go through a huge networking effort to get in.

Many people get hired in the New York coverage team and then transfer to regional offices.

If you start out at a regional office, the process is completely different because banks offer internships of 1.0 – 1.5 years before awarding full-time offers.

Each office of a “large bank” in a place like Lima, Buenos Aires, or Santiago might have only ~10 people and might hire only one person every two years.

The exceptions are Brazil and Mexico, which have bigger offices, more openings, and real product and industry groups.

Q: OK. And I assume you have to be at the top university in each country to have a chance?

A: Banks tend to recruit from the top 1-3 universities in each country.

So, in Brazil, they recruit from schools like Insper, Fundação Getúlio Vargas (FGV), University of São Paulo (USP), and several others since it’s the biggest country.

As in the U.S. and Europe, most people who get in tend to major in Business, Economics, or Engineering; I’ve rarely seen candidates with History or Literature degrees win offers.

I also haven’t seen many people get in from foreign (U.S., European, or Asian) universities, but plenty of MBAs move back to the region after working abroad for a while.

With these extended internships, when do they tell you whether or not you’ll get a full-time offer?

A: If it’s a 10-month internship, they might tell you by Month 4 or 5; the team will review you and say whether or not they’re happy with your performance.

If they’re not happy, the internship will last a few more months, and then you’ll be gone.

If they are happy, you’ll complete the internship and, if nothing goes wrong, receive a full-time offer at the end.

Q: Are there any differences in interviews?

A: Interviews tend to be less technical than they are in the U.S. or Europe, and the technical questions you do receive will be less complex.

Bankers care more about “fit,” including the social circles you’re in, your connections to the country, and your commitment to a long-term future there.

Bulge Brackets vs. Domestic Banks vs. Elite Boutiques in LatAm

Q: What can you tell us about the overall industry there?

Let’s start with the bulge brackets vs. the big Latin American banks, such as BTG Pactual.

A: The bulge-bracket banks tend to work on the largest M&A deals and any deals with non-LatAm buyers/sellers.

Latin American banks focus on IPOs, debt issuances, and regional M&A deals; for example, if a Brazilian company is buying a Colombian company, a Brazilian bank might win that mandate over an international BB bank.

JPM, BAML, CS, MS, and Citi all tend to do well here, with the exact rankings and industry strengths changing from year to year.

The In-Between-a-Banks, such as Santander, HSBC, and BBVA, are strong mostly in ECM and DCM.

Among Latin American banks, the Brazilian ones tend to dominate, with the top three there – BTG Pactual, Itaú, and Bradesco – always ranking well.

The elite boutiques have less of a presence than they do in the U.S. and Europe: Centerview and Perella Weinberg aren’t here at all, Evercore is only in Brazil and Mexico, and Moelis only has a São Paulo office.

The exceptions are Lazard and Rothschild.

Lazard has offices in all the major countries: Argentina, Brazil, Chile, Colombia, Mexico, Panama, and Peru. The offices outside of Mexico and Brazil came from MBA Lazard before it was acquired in full by Lazard.

Then, there are dozens or hundreds of regional boutiques, so I won’t even attempt to name them all.

Q: Thanks for that information dump!

If each country is so small, why do banks even use local teams?

A: Because bankers outside of Mexico and Brazil all cover multiple countries.

Also, many of the product MDs for groups like M&A, ECM, and DCM at large banks are based in NY and travel to the countries here frequently.

Q: OK. What about the most common deal types and industries?

A: Deals tend to be much smaller, with the possible exception of Brazil.

Many deals range from $20 million to $50 million USD in size, with occasional deals over $100 million (depending on the country).

Most of the economies in Latin America are commodities-driven, so natural resources, infrastructure, and power deals are very common.

Many countries still lack basic infrastructure, so private equity firms have been popping up to do infrastructure deals (though the deals can be hard to find and close).

Banks often win or lose mandates via Project Finance work, so European and Asian banks have an advantage there.

There’s a lot of deal flow in consumer/retail, but less in consolidated industries such as telecom (There are just 2-3 major players in many countries, which leaves little room for M&A).

Real estate is a developing segment, and we’ve seen more movement in RE deals over time.

While REITs have existed in the U.S., Europe, Australia, and other developed countries for a long time, they are relatively new here.

The “FIBRA” (Fideicomiso de inversión en bienes raíces) offers a similar structure in Mexico, and REITs will become more widespread in the other countries here in the long term.

Q: Thanks for all that information.

Based on what you know of Latin America and developed countries, where would you recommend working?

A: I think it’s better to be in New York if you want to advise on Latin American deals because there are more exit opportunities, and you gain more exposure to various Latin American markets rather than the localized approach in the regions.

Also, investment banking in NY is less “prestigious” than it once was, and banks face serious competition from hedge funds, private equity firms, and even technology companies like Google and Facebook.

The top performers have many options, so banks have less bargaining power.

But in Latin America, there are few real hedge funds, and there are relatively few PE firms (except for Brazil/Mexico), so investment banking is still an appealing long-term career.

As a result, banks have more power and the rules may be slightly more stringent than in developed countries.

Q: I see. So, exits into private equity are not that common?

A: They’re pretty rare except for Brazil and Mexico, where the private equity industry is more developed.

But there are fewer PE firms in the smaller countries here, and you might also take a significant pay cut if you move from banking into private equity.

To give you an idea, you might earn 40-50% less at a domestic PE fund in some cases.

The same applies if you go into corporate finance or corporate development.

As a result, bankers in smaller countries tend to stay in banking or move to the U.S., Europe, Brazil, or Mexico to gain more opportunities.

Q: Thanks for that explanation, and for your time. I learned a lot!