The Definitive Agreement: Time for Bankers to Cross-Dress as Lawyers? 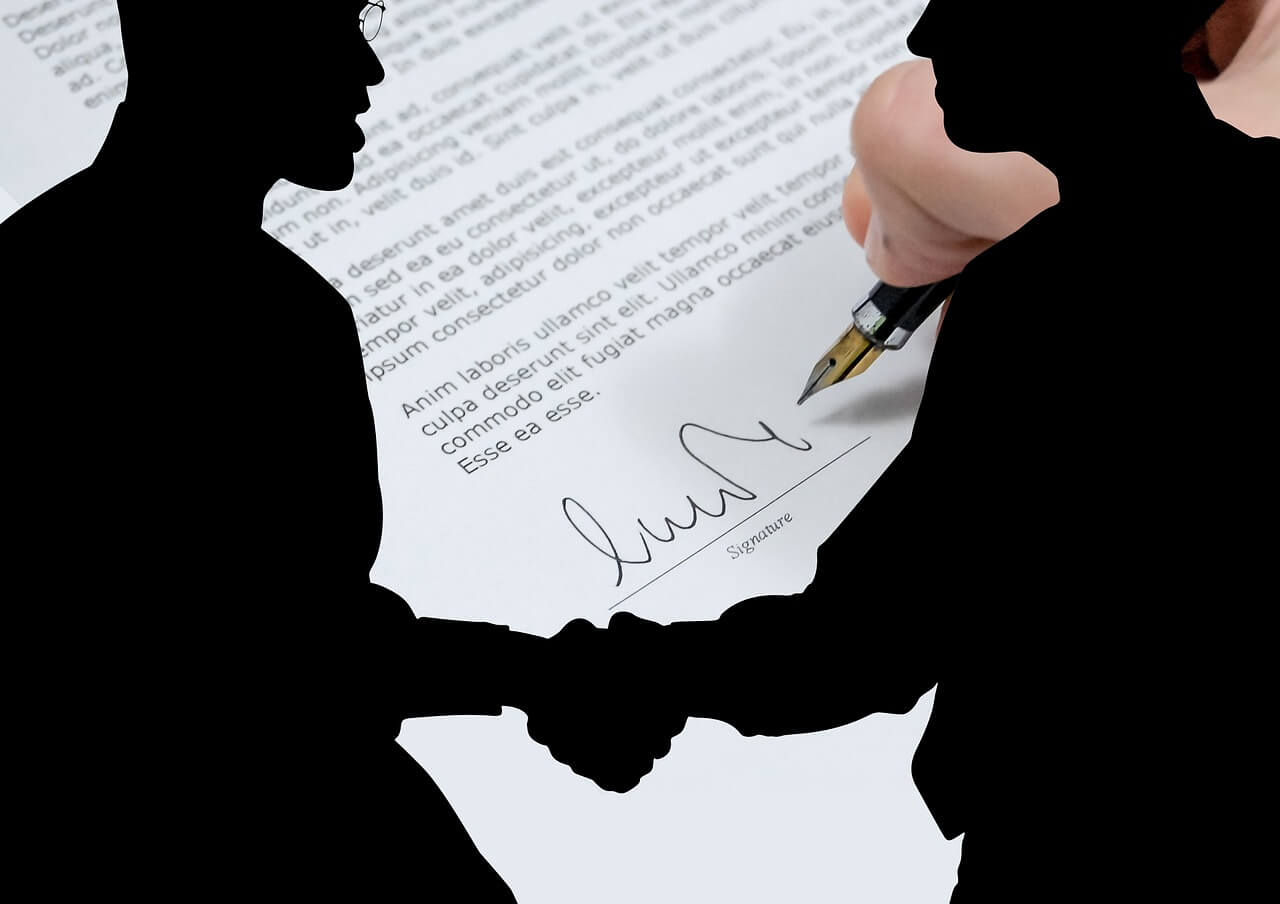 Lawyers get a lot of hate from bankers and financiers, but one fact often gets ignored amidst all that hate: in many cases, you’ll be pretending to be a lawyer no matter what your actual title is.

One of those cases happens when an M&A deal is about to close, and both sides start circulating the Definitive Agreement.

Just like the S-1 filing for an IPO, a lot of what’s in the definitive agreement (or “DA”) is boilerplate language taken from previous templates… but the agreements still differ a fair amount between different deals.

And if you want to avoid looking like an idiot in front of senior bankers and lawyers who are also working on the deal, you need to know something about what’s in definitive agreements, how they work, and how they impact everything from the true purchase price to the deal potentially falling apart at the last minute.

What is a Definitive Agreement?

But it does the same thing in each case: it spells out the finalized deal terms that the buyer and seller are agreeing to.

Unlike a “Letter of Intent” (LOI), which is a preliminary document potential buyers might send over when thinking about buying a company, the Definitive Agreement is… definitive. Final. The end.

The Buyer and Seller, Price (per share, or lump sum for private companies), and Type of Transaction.

For public companies, this part is straightforward: the price is always given on a per share basis, with the exact share count and the treatment of dilutive securities spelled out later on.

But there are a few potential terms in this section worth noting:

These two points make it more complicated to give an exact “price” for the deal – if one of these exists, you need to explain it when summarizing the terms.

Treatment of Outstanding Shares, Options, and RSUs and Other Dilutive Securities

Sometimes, vested, exercisable options are “cashed out” (e.g. if the strike price is $8.00 and the per share purchase price is $10.00, option holders receive the difference) in a deal, and unvested options are converted into options for the buyer’s stock…

But it doesn’t always work that way – and you need to read the treatment for other dilutive securities carefully because it impacts the effective purchase price.

In this section, both sides have to state certain facts (“representations” or “reps”) and then “warrant” that each one is true.

This is almost always more extensive for the seller – they need to be in compliance with taxes, regulations, intellectual property laws, internal controls for accounting, contracts, and so on.

There’s often something from the buyer in this section on the deal financing, i.e. if they need to issue debt to do the deal, they might say something about the commitment letters received from lenders.

This section is similar to the covenants when a company raises debt – they may be either positive (you MUST do this) or negative (you CANNOT do this).

Just like with debt covenants, the seller may be restricted from spending more than a certain amount on CapEx, from selling off assets, from issuing stock or debt, and so on.

This section prevents the seller from “looting” itself prior to being acquired – no buyer wants to pay billions of dollars for a company only to find that it sold off all its assets and then raised a huge amount of debt just before the deal closed.

A buyer, of course, would like to avoid being out-bid by other potential acquirers, so it’s in their interest to include a “no shop” clause that says the company may not consider alternative offers.

But public sellers are required to consider any unsolicited offers anyway, due to fiduciary obligations. This is called a “window shop,” and it can sometimes be written into the agreement for private sellers as well.

On the other extreme is a “Go Shop” clause that lets the seller actively solicit bids from other buyers – this term might be used as a compromise if the seller doesn’t get exactly the price it’s looking for.

Sometimes, it’s also used to reduce the risk of potential lawsuits if there wasn’t a real “market check” before the deal was announced – if this clause exists the seller can say, “We spent time soliciting bids, but no one offered to pay more for the company. This is the best price we could get.”

There’s usually a time limit of 30-60 days to prevent sellers from auctioning themselves off indefinitely.

This part is most relevant if debt is involved – the buyer has to explain where it’s getting the funding from if it’s not using cash on-hand or issuing stock.

This part is designed to penalize the seller if the deal falls apart, or, more commonly, if the seller ends up rejecting this initial deal and accepts a competing bid instead.

This is normally 2-3% of the Equity Purchase Price (4% would be more aggressive), but it’s almost always listed as a lump-sum dollar amount in the agreement – so you’ll have to do the math to figure out the percentage.

These fees are more common with public sellers – where rival bids can emerge more easily – and less common with private sellers.

What happens if the seller failed to disclose a huge liability, or covered something up? Easy: the seller pays a huge fee.

You rarely see this clause for public sellers, but for private sellers it’s quite common and some of the purchase price may be deposited into an escrow account, and then released once the buyer has confirmed the seller has done nothing shady.

These clauses give the buyer an “out” if something catastrophic happens between signing the agreement and closing the deal.

As you can imagine, “something catastrophic” is open to interpretation and these clauses are written using very different language in different deals.

These sections were almost an afterthought for a long time, but they flared up during the financial crisis when buyers started interpreting “material adverse change” to mean “economy/stock market crashing and banks failing.”

Then there are exclusions to these clauses that are written into the agreement, to prevent buyers from backing out if the company misses its projections, or an employee leaves, or there’s a general industry downturn (these vary widely based on the deal).

This part summarizes what conditions must be true for the deal to close – it’s mostly just a summary of all the previous sections.

In the US, you’ll see references to the HSR Act here for almost all deals (all M&A deals above a certain size must be approved by regulators).

What Is NOT Included in the Agreement?

Arguably more interesting is what is NOT included in the Definitive Agreement:

The idea is to keep the agreement focused on “the facts,” instead of speculating about future performance.

Why Should You Care? Isn’t This Just for the Lawyers?

It’s true that lawyers will be the ones actually drafting (OK, by “drafting” I mean “mostly copying and pasting and doing a massive Find-and-Replace”) the agreement.

And these terms and the agreements themselves are more important for senior bankers, since they’ll be the ones doing most of the negotiations.

But you still need to understand the agreement, for a few reasons:

And yes, if you’re in the capital markets or Leveraged Finance group or something else where you’re not working on mergers & acquisitions, this is pretty much irrelevant for you.

How To Read A Definitive Agreement

To find these agreements in the first place, go to the EDGAR site (for US-based sellers), do a search for the company’s 8-K filings, and look for any 8-Ks issued around the time of the deal announcement.

In other countries, you’ll have to look at the Investor Relations section of companies’ websites and see what you can find – the agreement and filing codes will differ depending on the country.

Once you actually have the agreement, search for the key terms using Ctrl + F or CMD + F (Mac) – and rely heavily on the Table of Contents in the beginning to skip to exactly what you need.

You do NOT want to read the whole thing from beginning to end or you might be tempted to jump off a building – or at least, you’ll be very glad that you decided against law.

Just Give Me An Example Definitive Agreement, Please

Here’s an example for the $10.4 billion Amgen/Onyx deal (pharmaceuticals) where I go over the key terms of the DA and how to interpret what each item means:

This deal is fairly standard (which is why I picked it), but there are a few interesting variations on the normal terms if you watch that video tutorial.

(Oh yeah, and subscribe to our YouTube channel – you’ll get new videos each week that are not publicized on this site.)

Other Variations and Types of Deal Agreements

There are many, many other variations of these agreements. To avoid turning this into a 10,000-word article, here are just a few:

Agreements with a public buyer and public seller tend to be simpler because public companies disclose a lot more information, so less has to be spelled out in the agreement.

As soon as private companies enter the picture, it gets more complex because the reps and warranties and covenants must be more extensive.

As with the public/private example above, the asset purchase agreement is more complex because you need to spell out the exact list of assets to be acquired and liabilities to be assumed, as well as other conditions such as required working capital.

If it’s an actual divestiture instead of an acquisition structured as an asset purchase (i.e. for tax purposes – see our quick reference guide for more), there will also be more detail around the transition plan to a standalone entity, plans for retaining employees, and so on.

There are also regional differences in these agreements.

For example, in some countries the rules governing shareholder votes are different and more or less disclosure may be required.

In the US, clearing the HSR Act referenced above is one additional closing condition in almost all sizable M&A deals.

Hey, we’ve already covered a ton of the “on the job” side of investment banking (and private equity), so you can add this one to your running list.

If you really want to be an overachiever before you start working, go and take a look at the Definitive Agreement for a deal you’ve followed and summarize the major points using the tips and video tutorial above.

Just resist the urge to go into corporate law after doing this, and you’ll be golden.