How to Move from Medical School to Investment Banking 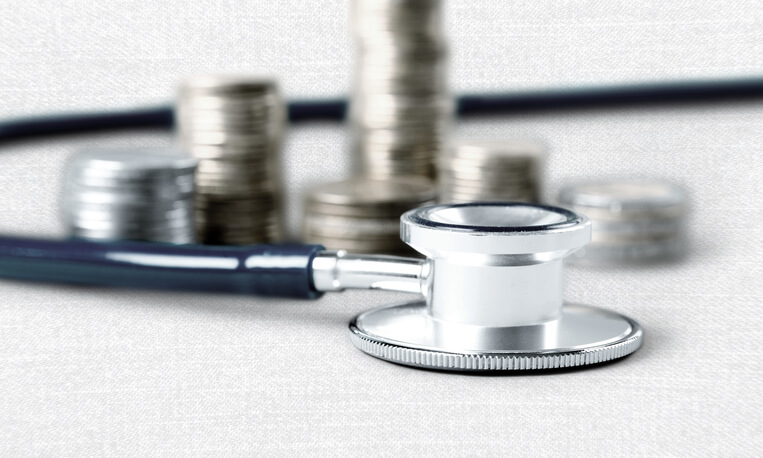 Is it possible to make a 180-degree career change after you’ve already attended and graduated from medical school?

We get a fair number of questions about this one, but in the past, I’ve always said, “Sorry, keep dreaming.”

I recently spoke with a reader who made it into investment banking, including a summer internship and a full-time offer, after graduating from medical school.

Oh, and he had no finance experience before his final year in school.

Here’s how he did it:

Through the Emergency Room Side Door: Financial Consultants

Q: Can you give us a quick summary of your story?

A: Sure. I had always done well in school and been interested in science, but I didn’t know what I wanted to do with my future – so I ended up in medical school in the U.K.

(Students begin medical school after secondary education, rather than university, in the U.K.)

I became interested in finance when I was working part-time at a bar in London and I kept running into bankers and other finance professionals.

They nudged me toward finance, and I decided to cancel my medical career and complete a flurry of self-study and networking in my last year of medical school to break in.

I studied for and completed two levels of the CFA, worked part-time for a financial consultant who was advising a med-tech startup, and then leveraged that experience to recruit for IB roles.

I used LinkedIn and cold emailed extensively to win an internship in the healthcare team at a large bank, and then I interviewed around again and won a full-time IB offer at a different bank.

Q: To start with, how did you win that part-time role doing finance work for the med-tech startup?

A: It was my last year of medical school, and I didn’t have time to do a real internship. Also, I knew that most legitimate banks and PE/VC firms wouldn’t hire someone like me.

But I also knew that startups increasingly needed help with finance and accounting tasks and that consultants in the industry had more work than they could handle.

So, I started looking for financial consultants who advised biopharma/med-tech startups, and I found quite a few on LinkedIn just from keyword searches.

A few people replied to me, and one asked me to help him research valuation multiples for a project he was working on.

I helped him for free, and he contacted me again a month later when he had been hired by a med-tech startup to assist with their fundraising.

He wanted to me to help with the valuation/DCF analysis, so I volunteered once again, knowing I’d gain valuable keywords and “internship experience” on my CV.

A: Yes, the experience was indirect. But I could still use the startup’s name on my CV and say that I had assisted with valuation/DCF-related tasks to support their upcoming fundraising.

This consultant also had an investment banking background, so he was happy to back up whatever I wrote.

Q: I see. And what was the timeline like here?

A: I did this work for the med-tech startup in my final ~6 months of medical school, and right after I had enough to write about on my CV, I began applying for summer internships.

I was set to graduate in the middle of the calendar year, so I was far behind all the official deadlines from banks.

So, during those last few months of medical school – while I was working for the consultant/startup – I conducted an intense networking effort.

A: I used LinkedIn and cold emails for everything.

First, I requested a free trial of LinkedIn Premium and used it to find the names of specific bankers.

Then, I used tools like Email Checker to guess the email address formats of different banks and verify that each person’s address existed.

Next, I wrote a heavily tailored letter to each person and explained my background and why I was applying for internships now.

I said that I had decided against medicine in my second year, but continued with it to finish what I had started and learn an industry in-depth.

At the same time, I studied for two levels of the CFA, taught myself more about valuation and financial modeling, and completed modeling projects for the med-tech startup – during medical school.

Q: How well did that approach work?

A: Quite well, but I had better luck contacting senior bankers (Managing Directors and Executive Directors) rather than junior bankers.

I tried contacting Analysts and Associates in the beginning, but the response rate was low, and they didn’t have much hiring power.

Overall, I reached out to at least 2-3 senior bankers in healthcare teams at most bulge bracket, elite boutique, and middle market banks.

I received a 20% response rate to these initial emails, and of those who responded, 10% eventually granted me an interview.

So, if I contacted ~250 bankers total, I received approximately 50 responses, which led to ~5 interviews.

I also reached out to professionals such as the Chiefs of Staff at banks and received responses from them as well.

In total, I received 5-10 interviews from this effort over several months and converted one of them into an internship offer at a bulge-bracket bank.

Q: Those numbers sound off.

Are there ~250 senior bankers in healthcare teams in London?

A: To clarify, I didn’t contact senior healthcare bankers exclusively.

I also reached out to a few other teams, such as consumer, chemicals, and TMT groups, and I also contacted some offices in the U.S.

Also, sometimes I contacted regional boutiques in addition to BB, EB, and MM banks, though I did focus on the bigger firms.

In total, I contacted hundreds of bankers, but they were spread across more banks, groups, and regions than just healthcare IB in London.

Q: You got results, but it also sounds like a lot of effort for only a few interviews.

A: It was! The biggest problem was timing – because I had missed the deadlines, I had to apply for “off-cycle internships” at banks.

While off-cycle internships are more common in London, they’re still tough to get, and the process is quite random.

But at that point, I had no other choice. I couldn’t just stay unemployed following med school graduation – I needed some IB internship to win a full-time role.

The detailed letter I wrote helped the most. Many bankers saw it and could tell I was putting in far more effort than undergraduates and recent graduates, which impressed them.

Into Investment Banking… and Beyond

Q: OK, thanks for clarifying. What was your IB internship at this large bank like?

A: Originally, I had applied for “off-cycle internships,” but they ended up lumping me in with everyone else, so the internship began in June and ran until mid-September.

I did well in the internship since I had valuation and modeling experience and was used to the long hours from medical school.

Also, I felt much better prepared than other interns since I had completed two levels of the CFA.

I knew from the start that I was unlikely to receive a full-time return offer from the group because they weren’t hiring many Analysts.

So, as the internship was ending in early September, I began contacting other banks, applying online, and also going through recruitment agencies, which few other interns did.

Q: Were they helpful? I was under the impression that headhunters are only useful for experienced candidates who match the exact profile that firms want.

A: They were helpful for me.

These agencies might not be good for generalist roles, but many of them had roles for healthcare groups and other teams that wanted candidates with specific industry expertise.

I ended up accepting an offer from a bank where the process started with an online application, but it was still good to have more options.

Q: OK. You’ve made this entire process sound quite straightforward, but what were the biggest challenges you faced?

A: The hardest part was the initial outreach when I contacted hundreds of bankers and corresponded with dozens to win the first interviews.

Many of them were impressed that I had completed two levels of the CFA, gained valuation experience with the med-tech startup, and graduated from medical school at the same time, so hardly anyone raised objections about me not being able to handle the work.

The most common objection was also the most obvious one: “Why are you making this switch now? Why did you complete medical school if you decided on finance in your second year?”

And I responded with what I described above: I said I wanted to become an industry expert and move to the business side of the industry to advise companies on deals.

I knew I would complete the CFA and gain finance experience in the future, but I also felt that medical school would set me apart from other candidates.

Q: Would you recommend your approach to anyone else from a medical background who wants to get into finance?

A: Potentially, yes, but it’s not necessarily “the best” approach.

For example, if you just want to enter life science venture capital, you might be able to do that without IB experience first.

Also, some med school graduates have better luck winning consulting roles and then moving into banking from there.

(Equity) research is another option, and the “industry expert” story might play better there.

But research is also quite different, the industry outlook isn’t great, you don’t get to influence companies in the same way, and you don’t gain access to the same exit opportunities.

Q: What else would you tell someone with a medical background who wants to make this transition?

A: First, bankers will not cut you any slack on the technical questions just because you come from a medical background. You must know accounting, valuation, and financial modeling like the back of your hand.

That might mean completing the CFA, reading books, completing online courses, or getting 1-on-1 tutoring.

Next, find any internship that you can spin into sounding relevant for finance. Your chances of moving into the industry without a previous internship are small.

To find this internship, look for small businesses and freelancers/consultants doing finance-related work because they always need help.

Finally, you should focus on healthcare, but you shouldn’t be too rigid in your choices.

In one interview, the bank said they were hiring generalists, so I said, “My expertise is in healthcare, but I’m very happy to work in other sectors as well,” and I pointed out how I had also gained knowledge of technology and financial sponsors from my med-tech experience.