How to Move from Investment Banking to Private Equity in Canada 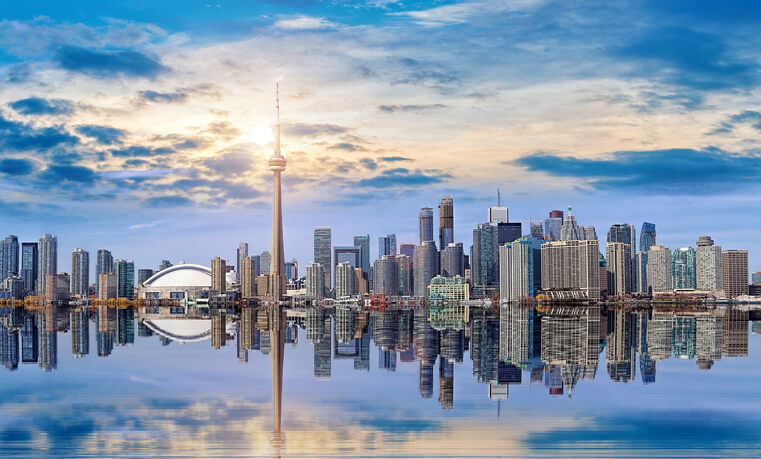 If you want a buy-side role in Canada, do you have to give up on traditional private equity and join a pension fund instead?

Despite comments from previous interviewees about how “small” the industry is, buy-side roles do exist.

And if you want more hands-on experience, private equity in Canada might just be a better bet than pension funds – as our reader today found out:

Breaking into Investment Banking in Canada

Q: You know how this works. Your story?

A: I did an undergraduate degree in Canada at a non-target school, became interested in IB late in the process from a friend I met on a study abroad, and then completed a Master’s degree.

After the Master’s program, I won an investment banking Analyst role at a “large bank” (Think: A bulge bracket or Big 5 Canadian bank) and worked there for a few years.

I liked the experience, but I decided to move into private equity for all the usual reasons: Work/life balance, more interesting work, and the chance to get some “skin in the game.”

Q: Canadian interviewees have said that the investment banking industry there is small and incredibly difficult to get into.

How did you beat the odds?

A: I’m not sure if I have any magical tricks, but the most important points for me were:

You can’t walk in and act like you know everything just because you’ve read several interview guides; if you show too much bravado, interviewers will grill you.

If your story goes on for more than 300 words, that’s too long! Most people tend to ramble and fail to explain how the bank and group relate to their long-term goals.

So, I used a simple strategy: I found an excuse to leave the event early, and I used that excuse to speak with senior bankers on my way out.

That trick allowed me to speak with everyone at least once and ensured that more bankers would remember me.

Q: Thanks for those tips.

A: To be clear, I can only describe the process *I* went through. You should not take my story as a universal commentary on all private equity recruiting in Canada.

My process was less structured than the one you’ve described for New York-based roles; it was closer to off-cycle recruiting.

The main Canadian firm that uses a structured process is Onex, the largest non-pension PE fund in the country.

PE firms here rarely hire recent graduates, and they typically expect you to know how to model, write memos, and make investment recommendations from day one.

Recruiters also have less power here, so many firms fill positions through referrals. Independent networking can be tremendously helpful.

At the firm I interviewed at and eventually joined, I met every member of the team in groups of two or three on different days, and I went through four interviews total.

They focused on my deal experience in banking, my story, my leadership experience, and the “Why private equity?” question.

I did not complete a case study or modeling test, but that is the exception rather than the rule.

Q: Yeah, it sounds like it. If someone interviews at your firm, what should he/she expect in the case study?

A: Typically, we invite candidates to our office, give them a CIM from a company we’ve already exited, and ask them to build a 3-statement model for the company.

We ask them to justify each assumption and draft a few PowerPoints slides recommending for or against the deal and explaining their reasoning (think of it as a mini-Investment Memo).

Your modeling ability is important, but equally important is your ability to think through a business, its strengths and weaknesses, its growth opportunities, and its risk factors.

You may occasionally get a “take-home case study,” but they tend to be less common here.

Q: On that note, what is the private equity industry in Canada like?

A: If you exclude the pension funds, there are fewer than ten private equity firms with over $1 billion in AUM.

The U.S.-based mega-funds barely have a presence here: A few have a location or two (e.g., Blackstone and Apollo in Toronto, or KKR’s former office in Calgary), but most have no offices in Canada.

Those are some of the larger firms, but there are dozens of smaller firms as well.

If you count the pension funds as private equity, firms like Teachers’, CPP, and OMERS also have a big presence in the industry.

Many firms in Western Canada focus on energy and natural resources, but the rest of the country is fairly diversified.

There might be around 200-300 PE deals in the country each year, with foreign firms responsible for almost half the deals; 80% of those foreign firms are U.S.-based.

It’s difficult to generalize deals, but a few high-level differences include:

Source: Torys and their articles on Canadian private equity (PDFs from previous years have more data as well).

Q: Great, thanks for that summary.

Are there any issues with currencies and FX risk since the CAD has fluctuated so much against the USD historically?

A: It depends on the firm – if I had to guess, I would think that many PE firms do not hedge currencies.

Some of the larger firms with more North American or global investment mandates have raised funds denominated in USD, as they expect to see more U.S. deals than Canadian deals because of the market size.

Pension funds are comfortable with USD exposure since they invest worldwide and have so much capital to deploy.

A: The main ones, at least from my perspective, are:

These points are not universally true – a lot depends on your group, your firm, and your ability. The list above includes what I perceived to be the advantages of my current firm.

I also chose my firm because it had just raised a new fund, so I knew the team would be active.

If you’re interviewing around, always check when the firm last raised a new fund or when they are planning to raise a new fund, and be very cautious if the firm is struggling or has struggled to raise capital.

Do not leave an IB job for a PE firm that has no capital available and that cannot raise a new fund.

Q: Thanks for sharing those tips.

So, what are your long-term plans?

A: I’m happy where I am right now, so I don’t anticipate any major changes.

Many Canadian firms let you stick around after your first two years (vs. the two-years-and-out model in the U.S.), so I might just do that.