Pension Funds in Canada: The Best Way to Break into Finance Through the Side Door? 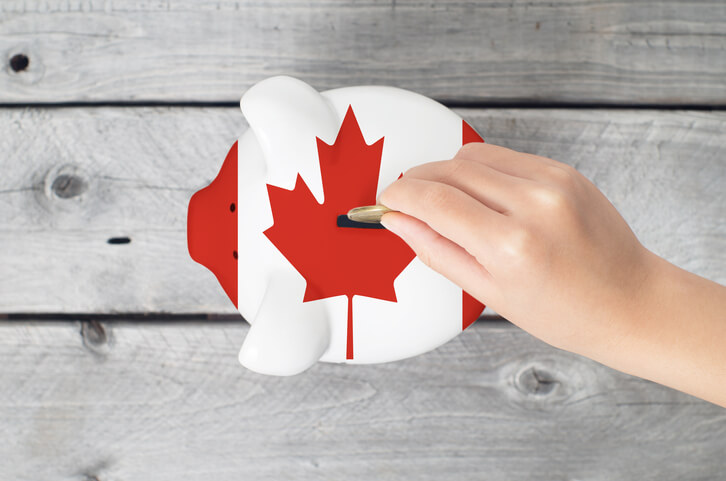 Whenever I publish an article on Canada, it seems to attract controversy.

But there’s one thing everyone can agree on: The investment banking industry there is small, and it’s tough to get in even if you attend one of the top universities.

But there’s also a nice “Plan B” option: Pension funds.

Our reader today took advantage of this strategy to break into finance in Canada “through the side door”:

Northern Exposure: Through the Side Door into Finance

Q: You know how this works. Your story, please?

A: Sure. I went to a top university in Canada, majored in finance and economics, but had almost no interest in or knowledge of investment banking until my last year in school.

It was too late to have a shot at IB by then, so I accepted a loosely related, middle-office job at a utility.

I thought I’d have to work for a few years, get an MBA, and then apply for Summer Associate roles at banks, but I got sick of my job, quit, and moved to an emerging/frontier market within a few months.

I had some background and family in this emerging/frontier market, and through massive amounts of networking, I won an internship at a well-known, global investment bank there.

The internship experience was terrible because there was hardly any deal activity; I worked insane hours on minutiae since there was so little real work.

But it allowed me to write “Investment Banking Analyst – [Well-Known Bank]” on my resume, which is all that mattered.

I moved back to Canada and instantly got better results from networking with banks and pension funds.

I went through multiple rounds of interviews with several bulge-bracket banks but ultimately accepted an offer at one of the top pension funds in Canada, where I’ve been working for the past few years.

How difficult is it to break into IB in Canada? Previous interviewees have argued that it’s anywhere between “extremely difficult” and “impossible.”

A: It is difficult, but not impossible.

The top 4-5 business programs here (Ivey, Rotman, Queen’s, Schulich, and McGill) have at least ~200 graduates per year, which means at least 1,000 potential candidates. About 200-300 of them will be interested in IB roles.

Of course, not all of them apply solely in Canada; some go to the U.S., U.K., or other places.

The Big 5 banks here don’t hire that many people each year – each bank might hire a few dozen in Canada and up to 90-100 throughout North America.

Your odds of winning a role in Toronto are not spectacular, but they’re not necessarily much worse than in other places.

I didn’t care about these odds – I focused on myself and started setting up coffee meetings with dozens of bankers and buy-side executives.

The fact that Canada is a small market also works in your favor: Once you get “plugged in,” you get to know everyone, and everyone knows that you’re looking for something and starts passing opportunities onto you.

Q: I see. I’m surprised the pension funds were interested in you since you only had an IB internship in an emerging/frontier market…

A: It’s more common to work in IB for two years and then move to a pension fund, but when I began recruiting, many pension funds were on hiring sprees. Moreover, I had an interesting “story.”

Once you have “Investment Banking Analyst” on your resume, you don’t necessarily need multiple years of experience to move over.

Q: OK – so, what types of candidates are pension funds usually seeking?

A: They like to hire bankers who have 1-2 years of experience and groom them as “long-term investments.”

It gets tougher if you have 3-4 years of experience because you’ll be perceived as less “malleable.”

Some funds, such as CPP (Canada Pension Plan), also hire straight out of undergrad.

It’s possible to break in as a consultant or Big 4 professional, but it’s tougher than moving in from banking.

Many Canadian pension funds are increasingly poaching staff from PE firms and large banks in the U.S., often targeting Canadians who went to New York and now want to return home.

Q: Thanks for explaining that. What should you expect in the recruiting process and interviews?

A: Except for CPP, the largest fund, most firms have unstructured processes that may take a long time – often ~3 months – to complete.

It’s the opposite of mega-fund PE recruiting in New York.

The questions and case studies are similar to what you’ve covered before: Know valuation, DCF, and LBO models, know your deals, and form an opinion on your deals from the perspective of an investor.

Besides the long-and-dragged-out process, the biggest difference is that you MUST fit in with the culture at pension funds, which is quite different from traditional IB/PE culture.

Canadian pension funds always claim that they’re “nicer” than traditional PE funds, which is a big part of how they win deals.

So, if you go in acting like the stereotypical a#$#$#e banker, you will not win offers.

The Pension Industry in Canada: Mining for Gold in Saskatchewan?

A: All the largest pensions have cash surpluses, so they’ve become more interested in direct investments in companies, infrastructure, real estate, and other assets in recent years.

The first to go direct was Ontario Teachers in the 1990s; they realized they could build an internal team to do direct investments instead of paying 2 and 20 to outside funds.

In the 2000s, PSP (Public Sector Pension Investment Board) started doing the same thing, and then OMERS and CPP followed.

The pension funds here have become some of the biggest and most active bidders on infrastructure assets in Europe, the U.S., and Australia, to the point where 25-30% of the top 20 private equity deals worldwide each year involve Canadian pensions.

These funds are also becoming more institutionalized, and many have 35-person infrastructure teams chasing deals all over the world.

In past decades, they used to follow simple 60/40 equities/bonds strategies.

Q: Wow. And how do you approach deals differently from the PE mega-funds? Or do you compete against them on deals?

A: It’s a bit of both; we’ve partnered with firms like CVC, MBK, and KKR before, but we also compete against them on certain deals.

Our big advantage is that we don’t have hurdle rates. A firm like KKR enters these situations with an 8% hurdle rate, which immediately rules out certain deals.

That’s not necessarily good for our performance, though, since we might be taking on extra risk and not pricing it in effectively.

Pensions are increasingly allocating money into highly illiquid assets because they can afford to hold assets for 15-20 years, which normal PE firms could never do.

Our focus has also shifted to emerging and frontier markets because infrastructure assets have become too expensive in developed markets.

A normal PE firm would have to be crazy to pay 30x EBITDA for a mature asset, but we can afford to do such things.

What other advantages do you have over traditional PE firms?

A: Another big one is that we’re non-taxable – in Canada – which provides an immediate boost (we still pay taxes on foreign operations and earnings).

We also spend a lot of time structuring deals to minimize the local tax burden.

Leverage typically stays at the asset-level, but we’ll rarely, if ever, let portfolio companies or assets go bankrupt because of the reputational risk.

PE firms’ main advantage is that they can use certain strategies not available to us, such as acquiring a company and then then selling off all its assets (we’re too nice for that!).

Are there major differences between the largest pension funds?

A: The biggest difference probably lies with Caisse, the Quebec-based fund, because they’re required to invest something in the local province, even if such deals are not financially justified.

Aside from Caisse, the type of work, deals, and people are similar at the others, and they tend to be partners more than competitors.

The main differences are size and risk appetite.

A fund like CPP with over $300 billion in AUM is so big that it can afford to go into markets like China and India, acquire riskier assets, and hold assets for longer periods.

Some Boards also represent pension holders more closely than others, in which case they tend to be more risk-averse and favor brownfield assets over development deals.

Q: It sounds like Canadian pension funds are poised to take over the world.

What are the downsides?

A: First, it is very tough to advance because professionals in middle and upper management here barely ever leave.

That’s partially because there aren’t many other buy-side opportunities specific to Canada.

There are a few other large private equity funds and alternative asset managers, like Onex and Brookfield, but the PE and HF opportunities are dwarfed by those in the U.S.

You might advance more quickly if you’re at a pension fund that starts a new group, such as private debt, direct lending, or secondaries, and you move over right away.

But otherwise, it will be a long and slow grind to the top.

Another disadvantage is that compensation is significantly lower than what you would earn in IB or PE.

CPP tends to pay well since they hire more people out of traditional private equity funds, but many of the others pay bonuses of around 40-50% of base salaries.

Since base salaries are also a bit lower, you’ll likely take at least a 30-40% pay cut if you move over from a large bank or private equity fund.

That gap becomes even bigger at the senior levels because there is no carry.

Q: Those are some pretty serious downsides.

On that note, what are your long-term plans?

A: If I can find the right opportunity, I might move to an infrastructure private equity fund.

But I’m not in any rush to move. Like I said before, there aren’t that many traditional buy-side opportunities here, and I’m pleased with the job for the most part.

Q: I see. Is there anything else important you want to add?

A: Don’t underestimate the CFA! As you’ve noted before, it is more respected here, and Toronto has a high “CFA per capita” figure.

You don’t “need it,” but it can be a differentiator if your academic record and work experience are similar to those of other candidates.

Q: And on that note, I think we have to finish up before my head explodes.

Thanks for your time!