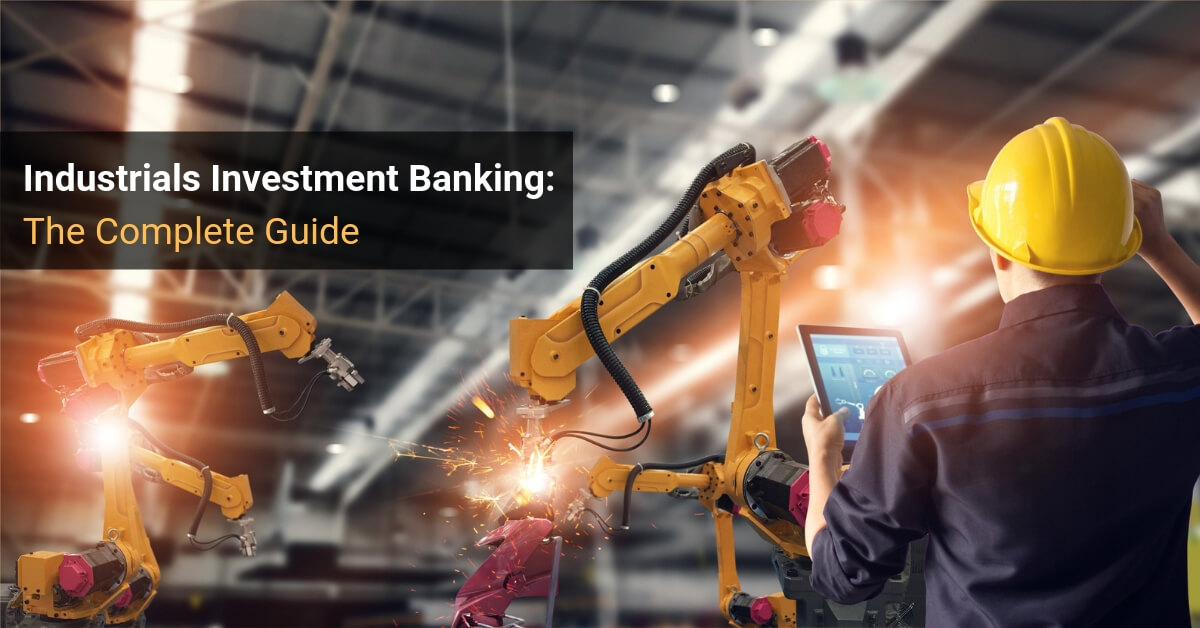 If you’re interested in industrials investment banking, you probably want to “keep your options open”.

After all, you’ll work on a wide variety of deals, you won’t get pigeonholed, and you’ll have a broad set of exit opportunities.

Better yet, the sector is so diverse that even if one vertical isn’t doing well, you can always move into something else.

So, what’s not to love about industrials?

Well… not too much, but there are a few downsides.

But let’s start with an overview of the sector, key drivers, deals, and more:

Industrials is an example of a broad industry group.

It includes many different verticals that may not appear to be “related” at first glance, but most of them share a few traits:

The “standard” divisions in Industrials Investment Banking are:

Banks do not necessarily follow this industry classification in their group structures, but they tend to divide their industrial groups into Capital Goods and Transportation in some way.

So, we’ll focus more on the Capital Goods segment in this article, touch on Transportation, and discuss a few of the most interesting verticals, such as Aerospace & Defense and Airlines.

What Do You Do as an Analyst or Associate in the Industrials Group? 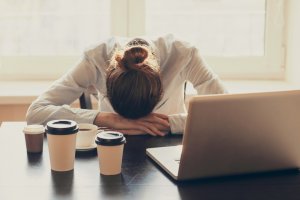 As in any other industry group, you split your time between pitching for deals, executing deals, and “random tasks” such as research, internal projects, and client relationship maintenance.

When you work on pitch books, you’ll be responsible for the industry research, data on comparable companies and transactions, and the historical and projected financials for the potential client.

If it’s a debt or equity pitch, the capital markets bankers will provide information on the markets and recent deals, and if it’s an M&A pitch, the M&A bankers will include recent M&A market trends and build more specific transaction models.

The accounting and valuation methodologies for industrials companies are not specialized in the same way they are for oil & gas companies or commercial banks.

So, the 3-statement models, valuations, and transaction models you build could apply to a range of industries if you change around the revenue and expense drivers.

When a live deal takes place, you’ll be responsible for the company and industry background and other qualitative factors in the CIM, teaser, or sales team memos, and you’ll take the lead on the 3-statement model for the company.

Bankers in the other groups might add the transactional elements to the model and handle more specific tasks, such as modeling a divestiture or earn-out.

You’ll work on quite a few M&A and debt deals in this sector because many companies are mature, with stable cash flows, and mature industries tend to consolidate over time.

Equity deals are somewhat less common in this sector because there are fewer high-growth companies than there are in, say, technology or healthcare. 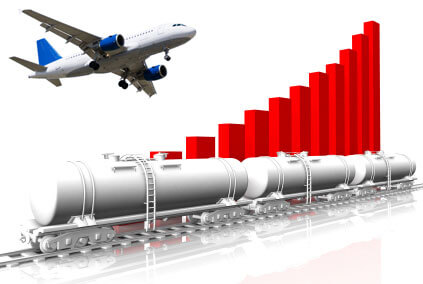 Most industrials companies are highly correlated with the broader economy, which makes most of them cyclical.

Since they tend to manufacture expensive items that last for years, they can suffer disproportionately if corporate customers lose confidence and start delaying their purchases.

But commodities are a double-edged sword because many industrial firms also sell to commodities-related businesses, so higher prices might increase both revenue and expenses.

To analyze industrials companies, you need to think about factors such as:

Let’s now move to companies and key drivers for a few specific verticals within industrials:

Capital Goods companies make machinery, such as airplanes, tractors, and power generators, as well as building products and electrical equipment.

These companies are capital-intensive and driven by construction spending, corporate capital expenditures, and infrastructure spending by governments.

One of the most widely-watched metrics here is Caterpillar’s 3-month rolling machine sales data, or “monthly retail statistics.”

If you’re wondering where all the Chinese companies are, many of the biggest ones are in that segment: China State Construction Engineering, China Railway Construction, and China Communications Construction, for example.

This segment is interesting because part of it – Defense – is recession-resistant and arguably even countercyclical. It tends to outperform in bear markets, unlike almost everything else in industrials.

The disadvantage is that government contracts have very, very, very long lead times and are subject to drawn-out bidding processes.

A Defense company is unlikely to delivery an amazing quarter of surprise revenue growth, but its sales are often stable over the long term.

On the Aerospace side, companies depend on growth in air travel, airline profitability, and the need to upgrade and replace older planes.

Research & development is incredibly risky because if a company “guesses wrong” about what the market wants, it could suffer for years or decades.

You saw this with Airbus and its A380, which cost a fortune but failed to catch on in the way the company wanted.

For Defense companies, the types of contracted projects in the backlog, such as fixed-price vs. time-and-materials vs. cost-reimbursable, matter a lot.

Shipping companies are driven by the demand for food, commodities, oil, and petrochemicals, and trucking and rail companies often transport commodities and basic materials.

For these companies, key metrics include the average length of haul, the average age of the fleet, and fleet utilization.

You can use those to determine their operational efficiency and cash flow trends.

Airlines are different from almost everything else in industrials because they’re driven by consumers, not government or corporate spending.

Yes, business travel still plays a significant role, but the majority of passengers travel for leisure and are sensitive to prices – so airline pricing can make a huge impact on demand and profitability.

Low-cost carriers made a big splash in the market by figuring this out and offering dirt-cheap ticket prices in exchange for a miserable onboard experience and tons of upsells.

Many airlines hedge their fuel needs, but they’re still sensitive to rising oil prices because they can’t pass on the entire increased cost onto consumers.

Some of the key metrics for airlines include:

Available Seat Miles are like an airline’s “total capacity.”

The Load Factor tells you the percentage of seats that are occupied, and Revenue Passenger Miles = Available Seat Miles * Load Factor.

You also factor in revenue from cargo, baggage fees, and other sources, but those are the basics.

Here are example revenue projections for EasyJet, taken from one of the case studies in our Financial Modeling Mastery course: 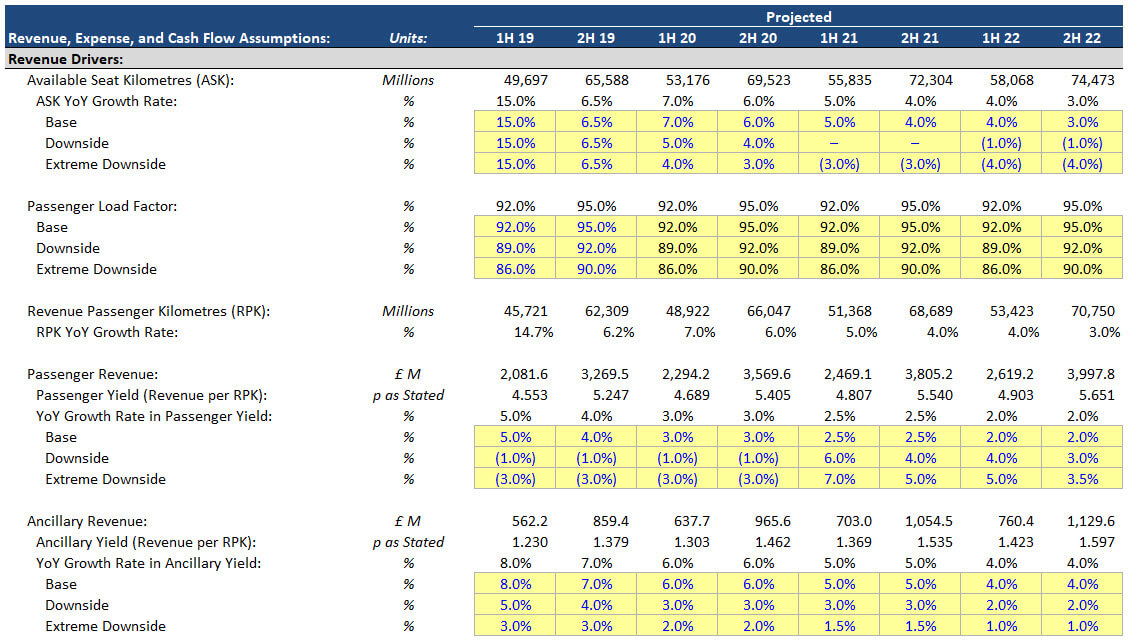 You can get the entire case study, based on a debt vs. equity recommendation, in the full course:

The last category here does a bit of everything.

These companies tend to operate across many verticals within industrials, and sometimes they even cross into other sectors, such as technology, media, finance, and healthcare.

They often acquire smaller companies, divest divisions, and operate in such a range of geographies and markets that it’s tough to make definitive statements about them.

To analyze these companies, you need to look at each division and do a sum-of-the-parts analysis, factoring in corporate overhead.

Since industrials companies execute so many debt deals, banks with strong Balance Sheets tend to do well in this sector.

Goldman Sachs (GS) is often in the #1 spot in this sector – even though it’s less of a commercial bank than the others.

In terms of middle-market and boutique firms, Lazard, Lincoln, and Baird often do well.

Specific groups at other firms, such as Houlihan Lokey’s Aerospace & Defense group in Washington, D.C., are also well-known in this sector. 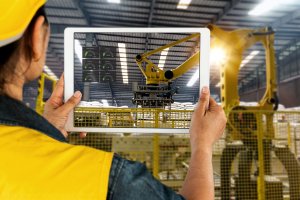 Industrials is a very “standard” sector that lacks specialized accounting and valuation methodologies.

You use common valuation multiples such as TEV / EBITDA, P / E, and TEV / Revenue to value companies, and the usual DCF model works well.

The only real exception is in the maritime/shipping group within Transportation, but even there, the differences aren’t that big.

It’s important to understand lease accounting in this sector since companies own assets directly, lease them, and do everything in between.

Here are a few examples of deals, valuations, and investor presentations in different verticals:

In the U.S., most airlines consolidated a long time ago – only one fairly recent, major transaction came to mind:

Since you work on a broad range of deals across many verticals, your exit opportunities in this group are also quite broad.

Corporate development is also a possibility, as are hedge funds.

The only exit opportunity that you don’t have a great shot at is venture capital and, along with it, startups.

There are some startups in the industrials sector, but they are usually still technology-based companies – such as software companies that help manufacturing firms improve their supply chains.

The Industrials Sector: For Further Reading

To learn more about the industry, we recommend the following resources:

Summing up everything above, here are the pros and cons of the group:

But that’s a short list of cons and a much longer list of pros – which is why you can’t go wrong with industrials investment banking.