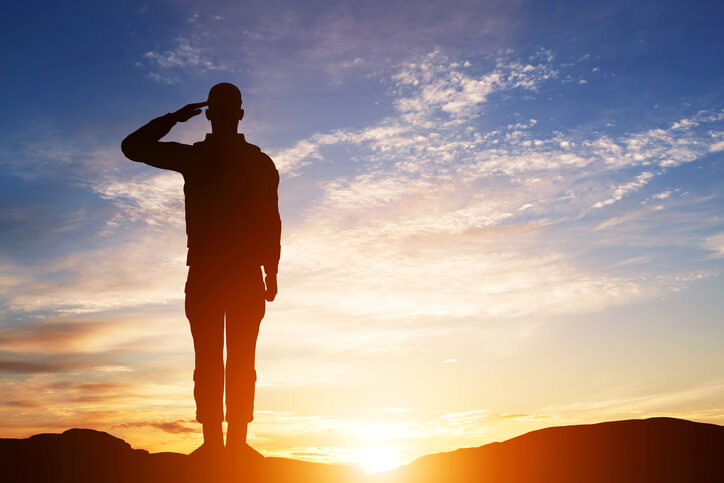 If you want to move from the military to investment banking, you might be wondering about the best approach.

I don’t know that a single strategy will always work best, but there is one that several readers have used successfully: Applying for an MBA program without having full-time work experience first.

If you do not have a military background, this is almost always a bad idea because you need full-time work experience to win Associate roles.

But military experience is somewhat different, and even though it’s not “corporate work experience,” you can still use it to recruit for Associate-level roles if you’ve served and are now in an MBA program.

And as our reader today found out, this same strategy works even from Executive MBA (EMBA) programs:

Q: Can you start by summarizing your story?

A: Sure. I went to a solid, 2nd tier university in the U.S. and majored in finance there.

I saw finance as a great career, but I had always wanted to serve in the military, so I commissioned as an officer after graduation and split my time between the infantry and special forces.

After nearly 10 years in the army, I decided it was time to leave. There were regular deployments and moves, even within the U.S., so it was tough to raise a family and maintain friendships.

I left and enrolled in a “low 1st tier” EMBA program, which was well-known in the EMBA world but wasn’t necessarily a target for IB recruiting.

At the same time, I used networking to find and win a full-time role in the corporate finance career path, which I started along with the EMBA.

In my second semester at school, I decided to apply for investment banking roles, so I began an intense networking process to win interviews and job offers.

I won a few interviews with regional boutiques in my city (outside of major financial centers), as well as opportunities with elite boutiques, middle market firms, and bulge bracket banks.

I ended up winning an Associate offer at a bulge bracket bank, which I quickly accepted.

Q: OK, great. If you wanted to be in the finance industry, why did you choose an EMBA program rather than a traditional MBA?

A: It was a combination of factors. For one, this program was in my hometown, and I had a lot of friends and family there.

Next, friends in the industry had told me that it was possible to get into banking from a lesser-known school because banks always reserve a few spots for veterans.

I also liked the part-time nature of the program because it meant I could gain work experience and use it to “de-risk” myself as a candidate (a big concern for anyone moving from the military to investment banking).

Finally, I wasn’t 100% certain that I wanted to do investment banking when I started the program, and I wouldn’t need a top school for non-IB roles.

Q: Thanks for clarifying. How did you win that initial corporate finance role that you completed at the same time as the EMBA program?

A: I started speaking with family, friends, and acquaintances about my plans, and one family member had a work acquaintance from 25-30 years ago who had founded an upper-middle-market company (revenue between $1 and $2 billion).

The CEO of the company was looking for someone to do assist the CFO, and he offered to take a look at my resume because of this connection.

He didn’t care about my lack of finance work experience because he was more concerned with the intangibles: Leadership, honesty, and project management, all of which I had developed as an army officer.

I won the role after a few interviews, and I spent most of my time on the job doing internal reporting, buy-side due diligence for acquisitions, post-purchase analyses, and expense and liquidity forecasting.

It wasn’t too difficult, but it made my skill set look far more relevant for moving from the military to investment banking.

Q: OK, so you have this corporate finance role, you’re in the EMBA program, and you decide on IB in your second semester. What was your next step?

A: I started reaching out to as many people as possible, including friends in IB/PE and Fortune 500 corporate finance roles.

Then, I built an event-based timeline for winning interviews and offers based on deadlines at different banks.

The timing of the EMBA program helped me as well – since it coincided with traditional MBA programs, I could hop into the recruiting process.

I spent 2-3 months sending 5-6 informational interview requests per day via LinkedIn and email, and I set up as many phone calls as possible. Sometimes I scheduled 7-8 phone calls for a single day.

Altogether, I contacted hundreds of professionals and spoke with dozens on the phone.

It was a huge amount of effort, but it worked.

Q: Did you target a specific industry, such as healthcare or consumer/retail?

Previous interviewees have said that you “need” an industry at the MBA level.

A: No. Industry expertise can be very helpful, but I felt that I didn’t have enough work experience to demonstrate it.

Also, I knew I had an uphill battle as a career changer at a non-target school switching from the military to investment banking, so I didn’t want to limit myself to certain sectors.

So, instead of screening by industry, I looked for professionals who had anything in common with me: Military experience, similar home region, similar interests, and so on.

Going exclusively for alumni would have been pointless because there weren’t enough of them in the industry to be helpful.

I played up my life experiences and how different they had been from those of other candidates.

Q: But did that work? I imagine that some banks would just say, “Intangibles are nice, but we need technical prowess. Please complete this Excel test.”

A: It tended to work better at the bulge bracket banks and sometimes at the regional banks; middle market firms and elite boutiques often cared more about raw technical process.

For example, in one interview at a middle market bank, I had to complete a case study and then pass several technical interviews.

I spoke with 9 people total, and 8 of them pushed for me to receive an offer.

But then one MD reviewed my case study responses, felt they were just “average” and rejected me, overruling all 8 other interviewers.

So, this angle won’t work everywhere, which is why you need to spread a wide net when recruiting.

What about veterans’ programs? Did you do any recruiting through them?

A: I used them, but none of them led to a job offer.

The biggest issue was the timing – many of those programs start in March or April, and they target people who have just recently left the military.

But if you’re completing an MBA or EMBA, you won’t be able to match the timing of your classes to those programs.

Also, many of the veteran spots at banks are in other areas of the front office, such as equity research and prime brokerage, which didn’t interest me.

It’s worth attending the networking events and participating in these programs if you can do so, but you should not rely on them to go from the military to investment banking.

Other graduates of these programs have told me they’re great, but they just weren’t for me.

Q: Thanks for pointing that out. What other challenges did you encounter in networking and interviews?

A: There are advantages and disadvantages to a veteran background. On the one hand, it makes you stand out and demonstrates your leadership, commitment, and ability to burn the midnight oil in a non-finance role, which few others have.

But some recruiters also have the stereotype that veterans are all Type-A personalities who don’t work well in teams, or they believe that veterans lack the required technical skills.

So, I focused heavily on making teams feel comfortable with me and pointing out facts that played against those biases.

For example, I always cited life and military experience in demanding or difficult situations when responding to fit questions.

Even if they didn’t ask a teamwork question explicitly, I always wanted to remind them that I worked well in teams.

Q: Great. What advice would you give to other veterans who want to move from the military to investment banking at the MBA level?

A: The application process is a rollercoaster with plenty of highs and lows, so you need to reduce uncertainty as much as possible. That means: