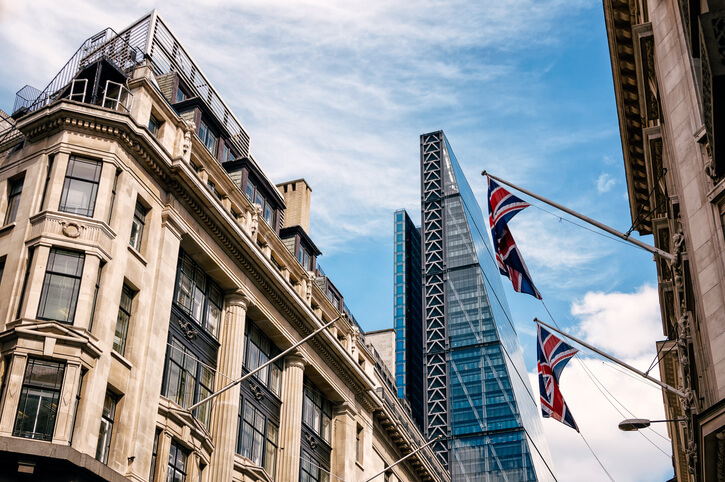 If you look around online, the attitude everywhere seems to be: “IB or bust!”

If your sole goal in life is to work at KKR or Blackstone, then yes, that is true.

But if you simply want to work on deals, earn a good amount, and become an investor, there are many good alternatives.

One of the best is real estate private equity, especially since you can get in without top grades or university/bank names.

But that strategy works in other parts of the world as well, including the U.K.

A reader who broke into RE PE directly from undergrad contacted me recently, and I asked him to share his full story:

Breaking Down the Walls of Real Estate

Q: Can you summarize your path into real estate private equity?

A: I was born and raised in a “smaller European country” (i.e., not France, Germany, or Italy), and I initially wanted to be a sports professional.

I pursued that career for a while but saw the downsides early on, so I changed my plans and started attending a semi-target university in the U.K. instead.

It was at about the same level as Vanderbilt in the U.S.: Some banks recruit on campus, but going there alone isn’t enough to win job offers.

I started out majoring in civil engineering, but my friend dragged me to a meeting of the investment club in my first year, and I immediately became interested in finance.

I kept the engineering major but took accounting and finance classes on the side, and I completed two sales and finance internships at an energy company in my home country.

Then, I did a VC/startup-related internship, graduated, and won a real estate private equity full-time role.

I stayed there for around a year and then left to join a generalist PE fund.

Q: It seems like that story should have been more difficult.

How did you win interviews without prior IB/PE experience?

A: Many RE PE firms don’t necessarily care about that experience; they just want people who know real estate and can pick up the rest on the job.

I won interviews because:

I didn’t do anything that unusual in the application process: I applied online and won interviews at PE/VC firms and banks through the strength of my CV.

Q: OK. But they must have asked some technical questions in interviews, right?

A: They did give me a case study – creating a cash flow model for a property – but I completely messed it up by using the wrong Excel template and numbers.

Maybe I should have taken your real estate financial modeling course first and used the examples there!

But I’m not sure they even looked at it since I won the offer anyway.

But at most RE PE firms, they cared far more about passion for real estate and social skills.

Q: Do you think it was a good idea to go into RE PE straight out of undergrad?

In the investment banking vs private equity debate, people often argue that IB gives you more and better options.

A: If you’re not sure what you want to do, then yes, it’s better to go to a large bank because you get better brand-name recognition, more exit opportunities, and a wider network.

I had done both civil engineering and investing, and I wanted to combine the two fields, so the logical choices were real estate private equity or infrastructure private equity; investment banking was less appealing.

Also, I knew I could probably move to another PE fund if I left early enough, so the decision didn’t seem that risky to me.

Moving from the RE PE fund to a large bank would have been harder, but I had no interest in that.

On the Job: Real Estate in London

What was the job like, and were there any differences in the deals and analysis based on the location?

A: My firm was “pan-European,” but in practice, we invested mostly in the U.K. market along with ones in a few smaller countries.

There are some legal differences in the financing structures between different countries, but nothing too major.

The ease of securing financing also differs dramatically, with places like Spain and Greece on the “difficult” side and places like Sweden and Norway on the “easy” side.

Most of the differences in deals had more to do with the market cycle than the country or city (see: more about real estate market analysis).

For example, when I joined, prices in London had been skyrocketing over the past few years, and there weren’t many good opportunities.

As a result, we started shifting to smaller cities that had mispriced properties.

There were also big cultural differences between the different countries. Local expertise is critical because the best transactions tend to happen off-market, and a good local network lets you find these deals, even more than in generalist private equity.

RE PE is a very “personal” industry where you work with everyone from institutional investors to private families who are emotionally attached to their properties, so you must understand the local culture to win and execute deals.

Q: And what types of properties did you focus on?

A: We acquired mostly hotels and offices, with a few multifamily properties as well.

When market prices were near their cyclical lows, we aimed to “buy low and sell high”; there’s no point taking a risk on new developments if prices are low.

In that environment, we could buy established, stabilized properties (i.e., core real estate) using 75% Loan-to-Value ratios, and flip them for 20%+ IRRs.

But as prices climb, that strategy gets less viable, and RE PE firms tend to do more development and value-added deals.

Even though I was a Junior Analyst, I still attended quite a few meetings and met real estate executives all the time.

Also, since my fund pursued some high-profile deals (e.g., re-developing a famous hotel), many political figures and non-real-estate companies took an interest in our activities.

We had a 12% hurdle rate with 100% catch-up, which was significantly higher than the 8% hurdle rate common at most PE firms.

But the hurdle rate is not that important in real estate because you tend to fail miserably or hit the jackpot; middle-of-the-road outcomes are less common.

We always received carry with full catch-up because all our investments yielded 20%+ IRRs, mostly because we got the timing right with our deals.

However, performance varies greatly by the fund.

Q: That’s a good point. On that note, what was the compensation like, and how was it linked to fund performance?

A: My base salary was ~10% lower than what IB Analysts at bulge bracket banks earned, but my bonus ranged from 50% up to 200% of my base salary, depending on fund performance.

So, the ceiling was much higher, but compensation could also end up being lower if the fund didn’t do so well.

The Associate at my firm earned approximately £350k four years out of university, which was quite a bit more than the average IB Associate.

I also know people who earned considerably less than those figures because they worked for non-performing funds.

For example, they might have earned base salaries ~30% lower than what large banks offered, along with near-zero bonuses.

So, in short: Compensation is highly variable, more so than in generalist PE roles, and you need to join a fund with decent performance.

Looking Back and Moving On

Q: It sounds like you had a pretty good experience there in terms of work, deal exposure, and compensation – why did you decide to leave?

A: It wasn’t my decision. There was a conflict at the executive level, and the CEO decided to force out the entire investment team and replace everyone.

The culture ended up being “not quite right” for me, either, which is ironic since I originally won the job because I fit in so well.

Q: And then you interviewed around and won an offer at a non-real-estate-PE fund.

Why did you leave real estate?

A: It’s not that I wanted to leave real estate; I had to find another job quickly, so I interviewed at a lot of places and accepted the best offer, which was at a European retail-focused private equity fund.

I had a few options, including healthcare and tech private equity funds and other real estate PE funds, but I didn’t like them for several reasons:

It’s possible to move from a real estate private equity fund into a generalist one, but you have to do it early (i.e., after 1-2 years on the job).

The longer you stay, the harder it will be to transition.

Q: Thanks for explaining that. Is there anything else you want to add?

A: If you’re from a non-traditional background, consider real estate.

In both the U.S. and the U.K., it’s feasible to win offers at real estate investment firms without having a perfect pedigree, top academic results, or a string of internships at the biggest banks.

You get more exposure to investing and more substantial modeling experience, and if you decide it’s not for you, there are plenty of exit opportunities.