How to Succeed On the Job in Investment Banking: Are You a STARR or a TWAT? 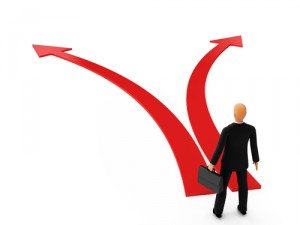 “That new analyst we just hired will definitely be a STARR.”

“But that one from last year is turning out to be a TWAT so far.”

I looked at my 2 banker friends in confusion.

“Um… what are you talking about? I’m assuming those are acronyms?”

I explained that I had already left the industry, so I was no longer up on all their jargon.

But my one friend didn’t accept that as an excuse.

He replied, “The easiest way to predict someone’s success on the job is to figure out whether he/she is a STARR or a TWAT early on.”

Hook, line, and sinker… now they had me.

“OK,” I said, “Stop building this up and just give me the full explanation.”

They explained that a TWAT is a Technical Wizard with Antisocial Tendencies.

The TWAT species of the IB Analyst genus displays many of the following traits when found in nature:

You might look at this list and say, “OK, but who would consciously act this way? You’d have to be an idiot!”

But this behavior is often not a conscious choice: you end up acting this way as a result of specific, subtly incorrect decisions you make when you start working.

While the TWAT Analyst is recognized for his/her technical prowess, he/she is a poor team player and is disliked by associates, VPs, and senior bankers.

The STARR, which stands for Strategic Try-hard with an Awesome Reputation & Relationships, stands in stark contrast.

When encountered in nature, the STARR species displays many of the following traits:

While the STARR is only in the middle of the pack in terms of technical prowess, he/she is excellent at submitting deliverables on-time, and at working with senior bankers who will fight for him/her during bonus season.

Why Does This Matter?

In 9 out of 10 cases, the STARR will rank higher, earn a higher bonus, and also get better exit opportunities than the TWAT.

And if you look at the senior bankers who have been promoted to positions such as Group Head, many of them have minimal technical knowledge but are excellent at relationship development and sales.

The conversation I quoted in the beginning took place a long time ago, but this concept has only become more important over time because the quality of junior bankers has declined.

…if you use the right strategy from the start.

How to Become a STARR

While the lists above seem clear-cut, in practice it’s easy to make subtle mistakes that put you closer to the “TWAT” end of the spectrum.

Becoming a STARR is a broad topic, but we’ll start this series with an overview of the 5 most important points: starting off on the right foot, executing assignments, and managing your relationships with the support staff, other analysts, and senior bankers.

Starting Off on the Right Foot

The first 3-6 months on the job are critical because you never get a second chance to make a good first impression.

However, many new hires fail to understand that the time you spend on “reconnaissance” is just as important as the work you deliver.

It sounds nice to prove yourself as a “workhorse” by volunteering for as many projects as you can; in practice, it often backfires because you take on too much, or because you work for senior bankers who don’t care about you.

To get around this, the STARR will spend time figuring out which senior bankers are “Defenders” and which ones are “Pillagers.”

“Pillagers,” by contrast, tend to force 35 iterations of a presentation when 5 will do, and often wait until Friday night to review drafts and offer feedback; they also force junior bankers to work for the sake of appearing busy.

New senior hires and bankers who are dry on deal flow fall into the “Pillager” category most often.

As a newbie, your job is to observe what other analysts and associates are saying about senior bankers, and then to gravitate toward Defenders as much as possible.

We’re not going to cover the actual work product in the form of Excel files or PowerPoint slides here, because you’ll learn more effectively with videos.

Outside of formatting, finishing on time, and getting the correct answers, new hires frequently overlook the chain of command when completing assignments.

In other words, they direct their questions to senior bankers when they should be asking other analysts, or they ask support staff or analysts inappropriate questions.

Example: Let’s say that you started working 3 months ago, and now you’ve been tasked with preparing an internal memo for your bank’s Leveraged Finance (LevFin) committee to help a client raise debt.

BUT let’s say you do that, and then you run into a problem: the memos the 2nd year analyst shared with you were all for high-growth, low-profit businesses, whereas your client has a long history of strong cash flow.

At this point, the TWAT Analyst would attempt to “figure it out” by himself, or build multiple cases into the model, or, even worse, show the VP what he/she has gathered and ask for guidance.

The STARR Analyst, by contrast, would instead reach out to another analyst in the LevFin group and ask for more relevant example memos.

The STARR does that even if he/she barely knows the other person (e.g., they just met briefly during training), or he/she has to get a referral from someone else on his team.

By the time you show this memo to your VP, he’ll be impressed and will make a mental note that you were able to figure it out by yourself – at least, if you’ve done it the STARR way.

Many new hires overlook and undervalue the support staff because they have no say in bonuses or promotions.

But this is a huge mistake because support staff will save your life in situations with urgent deadlines (e.g., if you need to make last-minute formatting changes to a client presentation).

A TWAT Analyst will view support staff as a “resource,” and will ask them for help with tasks big and small, sending over documents and presentations whenever work is required.

Technically, there’s no “rule” that says this is inappropriate behavior.

But… the support staff also speak with each other, and they have their own priority lists.

They will be FAR less likely to help you if they know you as “the guy/girl who sends poorly defined, complex tasks at the last-minute.”

The STARR Analyst, by contrast, will tend to do as much as possible before offloading work.

He/she will show the support staff more appreciation by mingling during holiday parties and company events, and by doing small things such as buying holiday gifts.

Example: Let’s say you have to create a “public information book” (PIB) to prepare a senior banker for a meeting with a potential client.

This consists of printing out pages from the company’s website, looking up funding information, Googling related companies and competitors, and assembling it all in one package… not exactly Ph.D.-level work.

A newly hired TWAT Analyst would likely offload this entire task onto the support staff, assuming they actually help with these tasks (it varies by bank).

By contrast, a newly hired STARR Analyst would finish most of it, send over a preliminary version, and ask the support staff member if he/she could review it and see if anything is missing.

Sometimes it makes sense to offload the entire task:

Remember: middle and back office staff members are more valuable than you are initially.

To make your analyst relationship management successful, pretend it’s the exact opposite of midterm/finals preparation at a competitive school.

There, you purposely avoid helping “the competition” by sharing tips and tricks; you might ruin the curve!

But when you start working, you have to do the exact opposite and be helpful to others … because you never know when you’ll need to ask for help.

The TWAT Analyst incorrectly believes that if he/she helps anyone else, his/her end-of-year ranking will decline because other entry-level hires will have higher relative scores.

TWAT Analysts will also repeatedly ask for help from the same senior analyst(s), instead of spreading out their question-asking and expanding their network in the process.

STARR Analysts tend to do one or more of the following:

The STARR Analyst will also think carefully and act deliberately before contacting any senior banker:

To test yourself, walk through the presentation and see if you can answer questions such as:

And whenever an email with an attached deliverable is required, the STARR will always summarize the points above in a few sentences and then offer to discuss it live if necessary.

Are You a STARR?

Maybe not yet, but you can start moving in that direction now – as long as you remember the full list of differences between both species of Analysts.

This just scratches the surface of on-the-job success, so up next will be: