The FP&A Manager: The Best Mid-Level Role at Large Companies? 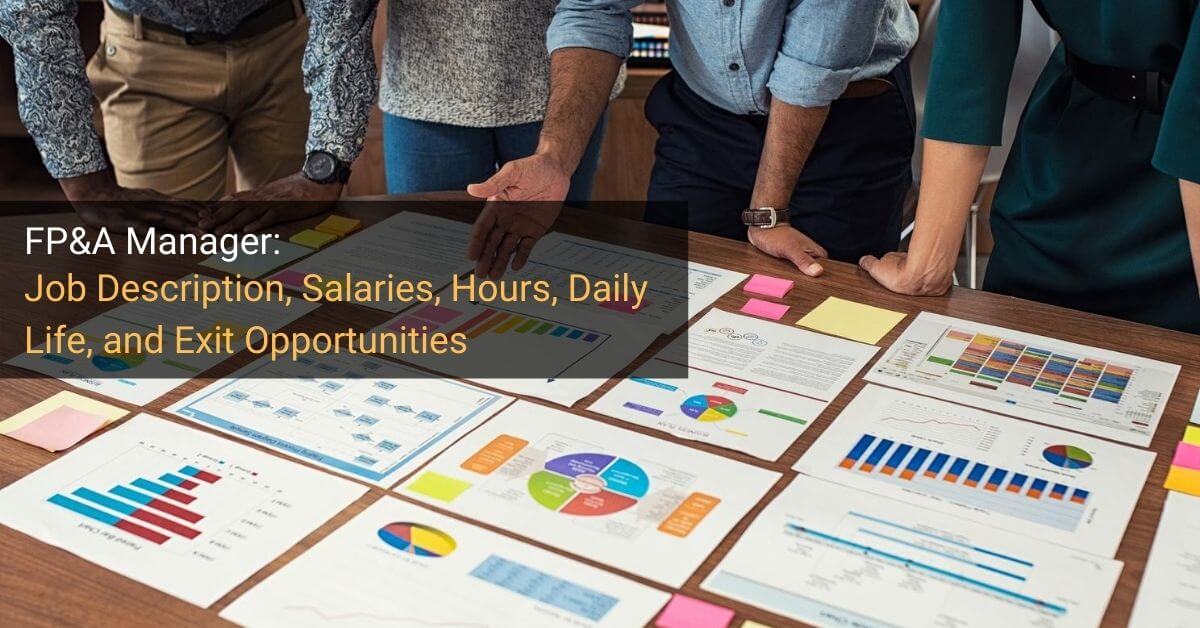 Hardly anyone likes to be in the “mid-level” at normal companies, but if there’s one mid-level role that’s desirable, it might just be the FP&A Manager.

FP&A stands for “Financial Planning & Analysis,” and it’s one of the main areas within the corporate finance career path.

FP&A is in charge of the Profit & Loss (P&L) or Income Statement – either for a specific unit/region or the entire company.

Professionals in the group create budgets and forecasts and then explain why the company achieved or failed to achieve these goals.

The corporate finance analyst is the “doer,” which means running reports, consolidating data, and reviewing the actual vs. budgeted numbers.

And the FP&A Manager is the… “manager,” which means interpreting what senior executives want and using carrots and sticks to get the team to deliver:

The FP&A Manager Job Description and Place in the Hierarchy

The FP&A Manager job could be described as: “Lots of calls, meetings, emails, and coordination with other divisions and teams at the company.”

It’s a bit of a cross between investment banking associates and vice presidents: managing up and down and reviewing work rather than doing all the work.

Yes, you still need to know accounting and finance, but communication skills are also incredibly important at this level.

Managers are expected to lead multiple Analysts and Senior Analysts and ensure that processes such as budgeting, variance analysis, and efficiency improvements happen regularly.

Some companies have both Analysts and Senior Analysts in FP&A; at others, the hierarchy goes straight from Analyst to Manager.

It’s safest to say that “Manager” is above Analysts and below Directors, VPs, and CFOs.

You might spend 3-5 years at each level, so it could take 6-10 years to go from Analyst to Manager.

You may be able to advance more quickly at smaller, high-growth companies, or if you perform exceptionally well – but you’re unlikely to reach this level in, say, 1-2 years.

It’s more difficult to describe this role than the standard ones in investment banking, private equity, and hedge funds because there’s far more variability:

The Best Companies for FP&A Jobs

As with corporate finance analyst roles, you’re better off working in FP&A at a large company, such as one of the big tech companies or a Fortune 500 firm with a global presence.

You’re more likely to get forecasting and budgeting work at a big company, while you could end up as a “jack of all trades” at a smaller firm.

Also, base salaries, bonuses, and stock-based compensation tend to be higher at bigger companies.

Moving to FP&A at a smaller company or startup may make sense once you’ve already gained experience at a larger company, and you want to advance more quickly.

The hours in this role are fairly tame – maybe an average of 45 to 55 per week – outside of big events, such as Board meetings and 3-year planning sessions.

When those happen, the hours could spike up to 60 or 70 per week, which usually means staying late at the office on weekdays.

Weekend work is not common, even in these busier periods, as most of it will be offloaded onto the Analysts and Senior Analysts.

If you look at compensation reports, you’ll find a very wide range of salaries and total compensation for FP&A Manager roles.

It’s safest to say that “average” base salaries for this role range from $100K to $140K, with bonuses that represent a modest percentage of those base salaries (e.g., 20-30%).

If you include bonuses and stock-based compensation, then average total compensation might be anywhere from $130K to $200K, depending on the company and location.

Again, the big tech companies in expensive cities pay near the upper end of that range, while smaller companies in the middle of nowhere pay toward the lower end.

We’ve quoted a flat $200K figure for these Manager roles in previous articles, but I think that’s too high; it’s probably closer to the top end of the range rather than the average.

(Note: Salary and compensation estimates as of 2020.)

A Day in the Life of an FP&A Manager

Let’s say that you’re an FP&A Manager in the central unit of a company.

You’re working on an upcoming 3-year strategic plan for the entire company, which involves speaking with Managers in other groups and the senior executives.

You are moderately busy, but the presentation is still a week or two away, so you haven’t hit “crunch time” yet. An average day might look like this:

8 AM – 9 AM: Arrive at work, check emails, and start reviewing the latest draft of the 3-year plan.

9 AM – 10 AM: Meet with your team of Analysts and Senior Analysts and explain the schedule over the next few weeks and the remaining forecasting work.

10 AM – 11 AM: The Director steps into your office and explains that the CFO wants to revise all the assumptions for pricing, country GDP growth, and other variables, so your team is further behind than you thought.

This is probably more about the new CEO than anything else – he joined a few months ago and is trying to “prove himself” with overly aggressive plans.

11 AM – 12 PM: Go back to your Analysts, review the country-specific forecasts, and look at metrics such as Return on Investment and Return on Equity for each one.

To learn more about these metrics, please see our tutorial on ROIC vs ROE and ROE vs ROA.

You also suggest making an easier-to-understand dashboard that focuses on the results of the company’s sales & marketing; the current presentation has too much finance jargon.

12 PM – 1 PM: Head to lunch with a new hire and explain to her office politics at the company and how CEO-CFO conflicts spill down into the group.

1 PM – 4 PM: Hold conference calls with the FP&A Managers of different countries and divisions. Each one pitches Net Income targets for the next three years.

Some groups like to set expectations low and create “reserves” that can be released if they’re below the Net Income target by the end of the year (i.e., cookie-jar accounting).

A few reserves here and there are OK, but you have to watch out for the worst abuses – which gets difficult after hours of listening to these pitches.

4 PM – 6 PM: After listening to all the pitches and adding up the numbers, you realize that the company will fall short of its annual Net Income target by ~$50 million.

This miss is mostly because of FX rate effects since your company has heavy exposure to emerging markets, so you speak with two Senior Analysts and ask them to tell a story around this problem with 4-5 slides.

You also start thinking about the order of the presentation and how you can blame external events for this shortfall, and then you head home.

Companies do not do much external recruiting for FP&A Managers because it’s not an entry-level role.

Sometimes Big 4 and other accounting professionals move in, but that tends to happen at the Analyst or Senior Analyst levels instead.

Therefore, most people hired into Manager roles have already worked at the Analyst or Senior Analyst levels at the same company or have been FP&A Managers at different companies.

The advancement process is very political in corporate finance, and you need to make yourself visible to senior management to move up.

The best way to advance is to make those above you look good: find ways to help them achieve or surpass their Net Income targets, especially since executive bonuses are often linked to those targets.

That means that you may need to be “creative” with your forecasts – especially since they’re never presented in public filings.

Moving Beyond the Manager Level

At the next level up, Director, you go from managing Analysts to managing Managers.

So, instead of reviewing drafts of spreadsheets and presentations, you set the vision and overall direction for the team.

You go into the weeds less than Managers do, and your main job is to set priorities and tell different teams what they should be working on.

The challenge is that you don’t necessarily get rewarded when things go well, but if a project falls apart, you take the blame.

To move up to this level, you need to befriend the CFO and make sure everything happens the way they want – and get lucky when other team members leave or retire.

It’s even more difficult to move into fields like investment banking or private equity at this level because any firm will ask you one simple question:

Your main exit opportunities are corporate finance at another company or moving around internally to another group, like strategy or business development.

But if you want to make a major career change, your best bet might be business school.

My summary would be:

Overall, I’m “neutral” on most FP&A roles, including this one.

If I still had an office job, I’d take an FP&A Manager role over something like Product Manager (in tech).

But I don’t think it compares that well to mid-level roles (Associates and VPs) in front-office roles at banks, or to engineering or sales roles at tech companies.

It’s a fairly long path to reach the Manager level, and it takes even more time to go beyond it – and you could reach that same compensation level elsewhere in much less time.

But if you just want to earn a solid six-figure income, do routine accounting/finance work, and enjoy your life outside of work, this role might be perfect for you.