Ok, let’s get started with round 2. See round 1 (cocaine, Buenos Aires, and more fun) right here if you missed it before. 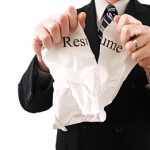 You’ve already seen this story, so I won’t bother repeating the details here. But while everyone else focused on the foolishness of one intern trying to lie his way into an offer, they missed something else:

You have to be very careful what you write in emails once you start working in finance.

Say something stupid, and it will get forwarded around to tens of thousands of people within 3 hours.

Sure, none of the people involved in forwarding this particular email got in trouble since it was just about a potential hire – but you better think twice about emailing your “friend” to trash-talk your MD.

Bankers love the “Reply All” and “Forward” buttons. 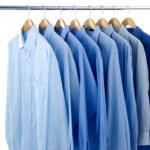 How many suits do you need for your internship? What’s the proper attire once you start working full-time? How do you pick your ties?

The answer to all of the above: “It doesn’t matter – just make sure you have at least a 2-3 week supply of blue shirts.”

You might be tempted to make a “fashion statement” by wearing a yellow or green shirt. And pink is great for “Casual Friday,” right?

No, no, and no. Everyone else will just laugh at you and wonder why you’ve deviated from the standard banker protocol of wearing a slightly different shade of blue every day.

And don’t even think about wearing white: it’s too plain.

Ladies: I am clueless, but please consult Fashion Financier’s article on the subject here. 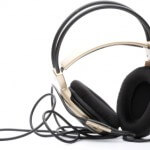 Along with Alt + Tab, sending time-delayed emails at 4 AM, and saying you don’t have any bandwidth, headphones are the next best trick you can use to avoid dealing with senior bankers.

See that annoying MD coming over to ask for your help with yet another fire drill?

Just put on your headphones, pretend to be listening, and start rapidly scribbling down notes while appearing stressed out.

When the senior banker stops by, silently motion that you’re on the phone and stare intently at your screen to show that you’re listening to something important…

…which is usually just Pandora, but for all he knows it’s a conference call with the CEO of the company you’re pitching the next day.

With the recession, banks failing, and pay unlikely to ever return to 2006-2007 levels, you’d think that fewer people would take the Ivy League –> Banking –> PE/HF –> Greatness route, right?

You’re forgetting about The Track (image courtesy of LSO).

The Track is what separates financiers from “normal people.”

You can try to resist the pull of the Track, but you’ll probably fail: 40% of bankers go into PE, 40% join a hedge fund, 19% stay in banking and only 1% do something original.

Rather than fighting it, just accept your fate. 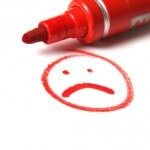 How much modeling do you do? How many deals do you work on as a summer intern? How much sourcing do summer interns do?

No, no, and no. All summer interns “source” is bagels and coffee, and sometimes dry cleaning if you’re lucky.

And what you really do as a banker has nothing to do with models, bottles, or even forwarding emails that destroy careers.

You look at markup and make the appropriate changes.

Yes, that’s right: senior bankers print out everything you do, mark it up with red pen, and then leave a stack of changes on your desk.

If you think this sounds tedious or annoying, just think about the fun that ensues when you get 5 markups from different bankers, all with conflicting changes.

If you’re wondering why they would choose to re-write entire paragraphs on paper rather than just typing it on the computer in 1/10 the time, well, welcome to banking.

Much as I hate to admit it, the quintessential banker show is not 24, but rather The West Wing.

Yes, I know it’s over now, but any self-respecting banker has the complete DVD set. And should he happen to get home early, it’s the first thing he watches (but only up to Season 4 – let’s face it, it sucked after Sorkin left).

Most financiers know they are actually destroying the world and doing evil by working in finance – but they secretly don’t care.

But watching The West Wing allows them to pretend that they could actually do good for the world – serve their country, solve economic and social malaise, and even stop terrorists and prevent assassination attempts.

But… oh wait a second, even the President only makes $400K a year?

I’ll leave that one to you, Martin Sheen. 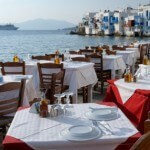 If the deal you’re working on is a marathon, the Closing Dinner is what lies just beyond the finish line.

It’s the ice cream sundae with oreos and sugar on top.

The Closing Dinner is the only “fun” part of any deal process, so you better make sure you’re present for any that you get invited to.

Sometimes you’ll go to Vegas (fun, but not “exotic”), and sometimes you might be taken to more interesting locations – Paris, Rome, or the Isle of Lesbos.

And there’s always some sort of drama, especially if your superiors bring along their “assistants” or your entire team secretly hates the client.

Just make sure you observe rather than participate – unless you’re on your way out anyway and you wouldn’t mind some quick, high-risk fun.