How to Become a Startup CFO, and What to Expect on the Job 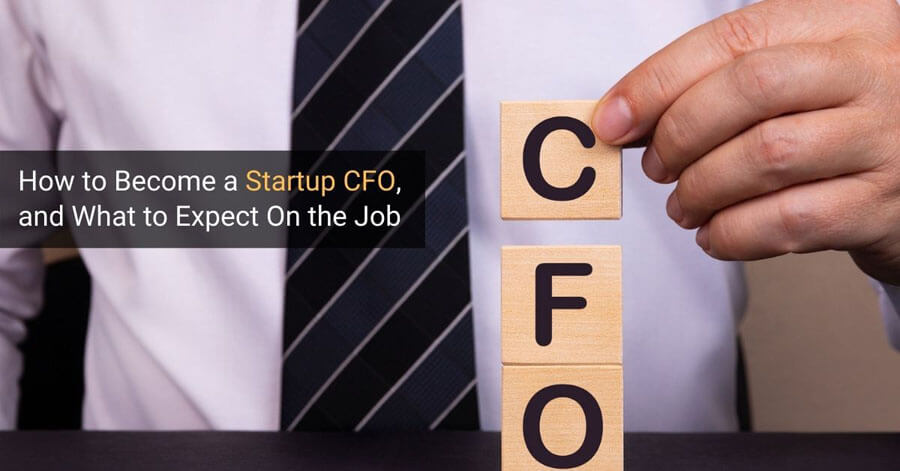 What do you do as a startup CFO?

You can Google this question and find dozens of articles, each one presenting a different idea of the job.

Part of the problem is that “startups” look very different depending on their headcount and funding status.

Whenever there’s a broad set of outcomes, I find it’s best to speak with an expert who’s done it before.

So, our guest today is Wolfgang Ettlich, founder of StartupValuationSchool.com and former CFO of BloomMe, a spa and salon booking platform based in Hong Kong.

Among other topics, we discuss:

Breaking In: From Audit to Education to Chief Financial Officer

Q: I’ve linked to your LinkedIn profile, but can you start by giving us a quick summary of your story?

A: Sure. I completed a BBA degree in Germany, and I worked in audit and then corporate finance at KPMG, covering commercial clients in Germany.

I gained a good understanding of accounting and analytical procedures from this, but I wanted to advance and consider different career options, so I completed an MBA at the Hong Kong University of Science and Technology.

I briefly thought about investment banking, but I decided to start an education company that provided lecture materials to accounting/finance professors instead.

But I was frustrated by how slowly universities acted, so I moved on and joined an early-stage startup here in Hong Kong (BloomMe), which I found through networking.

Q: How common is that? What are the typical “qualifications” for the CFO role at a startup?

A: It depends heavily on the stage of the startup.

If it’s early stage, you just need to know more about accounting and finance than the founders.

I had an MBA, the CPA designation, and experience at KPMG, so they were confident that I could do the job.

You do not need 10, 15, or 20 years of experience in corporate finance at a large company to become the CFO of an early-stage startup.

The early-stage role is mostly about completing monthly and quarterly reports, closing the books, and pitching the company to investors.

It has some similarities to what CFOs at large companies do, but there are also some important differences, such as regulation and auditing being much less important.

If you want to become CFO of a later-stage startup that has dozens or 100+ employees, then you’d need to have more formal experience at a large company.

For example, if you reach the Manager or VP level in FP&A or Controllership, that might be enough.

Finally, if the startup is much bigger (e.g., 1,000 employees and set to go public), then you would probably need experience as a business-unit CFO at a large company to join the startup at the CFO level.

Startup CFO Jobs: What to Expect

Q: Thanks for explaining that. You mentioned that regulation and auditing are less important at early-stage startups, but what are some of the other differences?

A: The main differences are:

Q: OK, great. I want to focus on the fundraising aspect – how did you pitch the company to make it attractive to angel investors and VCs?

A: In Asia, the company’s revenue and track record are both essential.

We had to have one year of revenue before the first angel investors contributed capital.

The entire year before that was a brutal chicken-and-egg problem: we couldn’t get spas to sign up because they didn’t see increased bookings from our app, but users also didn’t sign up because there weren’t enough spas on the app.

We solved this by offering incentives to get spas to sign up; once the number passed 200, we saw higher conversion rates and more inbound interest.

Angel investors want to see evidence of strong market demand, so the engagement metrics were most important there.

Venture capitalists want to see your “traction” double each year so that it looks like a fundable company in a big market.

“Traction” could refer to monthly active users, bookings, revenue, or other engagement metrics.

And you can’t say that going from 5 users to 10 users counts as traction – you need to have a sizable audience and show solid growth.

VCs will be familiar with various business models (Software as a Service or SaaS, marketplaces, etc.), and they’ll have a feel for the metrics they want to see.

For example, they might want to see an LTV / CAC (Lifetime Value / Customer Acquisition Cost) ratio above a certain level if the startup has under $1 million in revenue.

But they might look for a different ratio if the startup has between $1 and $5 million in revenue.

You may not have their desired numbers, but your plans and projections need to offer evidence that you can reach those levels.

Q: Can you describe the logistics of fundraising? What are the minimum round sizes, and how do VCs evaluate the company beyond “traction”?

A: In Asia, VCs rarely invest in rounds that are under $5 million USD. And if they do fund your company, they’ll usually want to own 20-30% of it.

So, your company needs to be worth tens of millions, post-money, and the VCs need to believe that you’re in a $1+ billion market where you could potentially earn them a 10x multiple.

It’s fairly easy to make a case for a huge market size in many marketplace businesses, but it’s more challenging in areas like SaaS.

Once the VCs believe the numbers, they’ll start evaluating the team and your plans for the money.

In Asia, one issue is that each country is unique, and startups outside of China usually need to operate in multiple countries to become large companies.

So, you’ll need to show a multi-country business plan, explain which cities make sense for expansion, and estimate the required sales reps and infrastructure in each one.

City-specific unit economics are a huge issue because the LTV / CAC you achieved in Hong Kong might not hold up in Tokyo or Kuala Lumpur.

Q: OK. Besides the need to create these plans for each city, what were some of the other top challenges as CFO?

A: With fundraising, one challenge was agreeing on a valuation that was reasonable but not too high for the next round.

For example, if a startup has some early success and raises $20 million at a $100 million pre-money valuation, that might be great for their near-term prospects.

But if the company’s growth falls below expectations, it might have to raise more money at a lower valuation (known as a “down round”) in the future, giving up a greater percentage of ownership in the process.

That may not seem like the end of the world, but it can disincentivize employees and make it more difficult to find VC investors.

Internally, the biggest challenge was making sure the product team prioritized features that improved unit economics.

For example, our initial app had pictures of the spas, but they didn’t look great.

Once we improved the photos, conversion rates immediately increased, and the unit economics looked a lot better.

It made a direct impact on our financials because the LTV / CAC increased, and angels and VCs saw more traction and became more willing to fund us.

Q: Can you describe the average compensation for this startup CFO role?

A: It depends heavily on the geography and the company’s maturity.

If you join an early-stage startup with no outside funding, as I did, expect no salary and 100% equity at first.

If the startup raises a Series A round, something like a $100K USD salary might be feasible.

That’s far lower than what CFOs at Fortune 500 companies earn, but your compensation will scale up as the company grows.

In terms of equity, few startups in Hong Kong grant equity to non-executive employees at all – employee stock option plans (ESOPs) are rare because they’re expensive and complex to set up.

So, I received ordinary shares in the company rather than stock options.

In regions such as the U.S., the CFO of a post-Series A startup might receive anywhere from 1% to 5% of the equity.

But the percentage depends heavily on your experience and the importance of the role.

The CFO position matters more at startups with complex revenue/expense recognition and tricky legal/fundraising issues, so expect to earn more there.

Q: Thinking about everything we discussed, who would be an ideal candidate for this role?

A: You should join a startup if you want to be hands-on and make a direct impact on the company’s prospects, and you can handle work environments that are constantly changing.

If you know even a moderate amount about accounting and deals, you can probably contribute in a finance role, but I would recommend waiting until the company raises a Series A round so you can earn a reasonable salary.

You will not do well if you want a stable environment, a nice office, and the prestige of large brand names.

I know of startups here with 100+ employees that have tiny office spaces because rent is so high in HK.

Also, do NOT join a startup because you think you’re going to get 1% of the equity, stay until it becomes a $1 billion company, and walk away with $10 million.

The vast majority of startups do not survive, let alone make it to $1 billion, so if you want high compensation, you should join a large company instead.

Finally, don’t assume that startups are “more efficient” because they lack the bureaucracy of big companies.

The rules and processes exist for good reasons; without them, startups are less efficient.

Startups are more adaptable, but not necessarily better at executing, so your personality should align with that.

Q: Great, thanks for that summary. To conclude, can you tell us about your new project, StartupValuationSchool.com?

A: Sure. I launched the site as a resource for entrepreneurs and startup employees to learn more about fundraising, financial modeling, valuation, and venture deals.

Many startup and VC blogs focus on product development, pitch decks, and networking, but they rarely cover financial planning or the technical aspects of accounting and finance.

And while there are plenty of resources on financial modeling, such as your sites, they focus on mature companies in fields like investment banking and private equity.

With VC-backed startups, the uncertainty is much higher, and the key questions in deals are different, so we cover topics like startup financial modeling, liquidation preferences, and term sheets.

The site has a lot of articles teaching these concepts currently, and we may release guides, courses, and Excel templates in the future.

Q: Awesome. Good luck with the site, and thanks for your time!