How to Quit Your Investment Banking Job Without Getting Executed 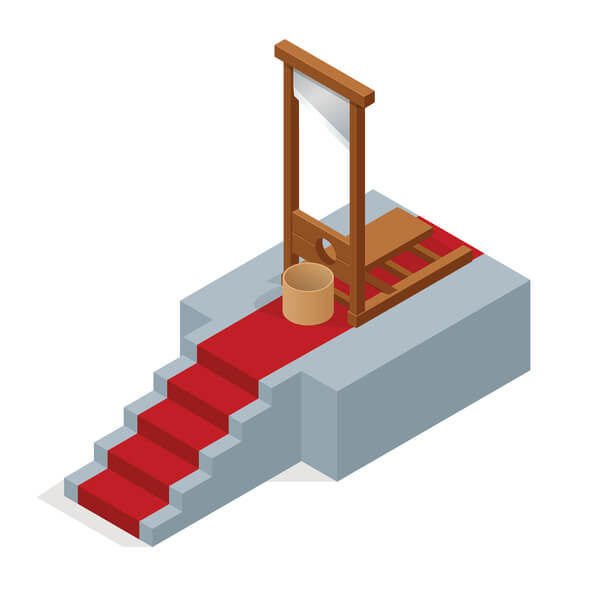 Midway through every year, a whisper starts growing at investment banks everywhere.

Sometimes it’s so bad that you just want out immediately.

Other times, you plan to wait and stealthily make an exit as soon as your bonus hits your bank account.

So here’s how you can break out of investment banking – without dying in the process.

It’s not as simple as announcing that you’re leaving and storming out of the building.

Yes, you could do that… but it will create some problems for you in the future.

To make your quitting successful, you need to:

You probably understand the importance of point #3, but I’ve seen many quitting bankers forget #1 and #2.

How to Escape the Executioner

Here’s what you need to do once you’ve made the decision to jump ship:

Repeat after me: no one cares about you… at all. You are a very small cog in a very large wheel.

In “normal” industries if you tell your boss you’re leaving, he might say, “We really need you right now! Can you stay for a few more weeks?”

Or who knows, maybe he’ll even offer up a promotion or try to bribe you into staying longer.

You don’t have to worry about any of that in finance: as soon as you say you’re quitting, they’ll say, “Good, here’s the door. Please leave now.”

A lot of junior bankers overestimate their own importance – “Trophy Kid” syndrome.

But most people won’t even remember you the next day.

Prepare for an Immediate Exit

Next, understand that once you announce your plan to quit your exit will be immediate.

You don’t get a “going away party” or presents or any of that nonsense – you get escorted to the building exit.

There’s a practical reason for this: you have access to a lot of confidential information about public companies.

If you continued to have access to that information, you could spread it around to other people, competitors, or make a quick million or so with insider trading.

It’s almost as fast as getting fired, but sometimes – depending on the bank and group – they will let you stick around for a few days to a week to hand off your tasks to other analysts.

Save anything important – both physical possessions and computer files – in advance of quitting, because you won’t have time later.

Make Sure Your Exit Strategy Is Lined Up

No matter how bad you have it, it’s a really, really, really bad idea to quit if you don’t already have another offer lined up or at least some idea of what you want to do next.

So if you’re quitting to start your own fashion company, obviously you won’t have an “offer” but you should have some idea of how much money you’ll need, what you’re going to do, and an understanding your market.

And if you are continuing on within finance, you should have an offer somewhere else.

In “normal” industries it’s much tougher to get hired when you’re unemployed, and it’s exponentially harder in finance.

So you should not go and “announce” anything to anyone until you have a signed, accepted offer with another bank, hedge fund or PE firm, or a concrete plan of what you’re going to do if you’re leaving finance.

Once you’ve prepared yourself, you need to avoid screwing up the final step of quitting – actually telling people that you’re quitting.

Here’s what NOT to do:

So once you’re set, go directly to your MD, in-person, and explain the situation:

“I’ve enjoyed my time here, but I’ve just received an offer for [Name of New Job], and they want me to start immediately – so I’ll be leaving.”

At this point your MD will probably jump in and act professionally about it – or he’ll complain about how much work you’re leaving behind, especially if it’s at a smaller bank.

Do not get emotional or give into any demands or last-minute requests.

You’re quitting. If you say “no” to these demands, what will they do? Fire you?

Saying “yes” won’t put you on better terms, either – if they make last-minute demands of you, they wouldn’t write a good recommendation in the first place.

Once you’ve told your MD, go around and say the same thing to your other team members, keeping it brief and unemotional.

Then, depending on whether you have to leave immediately or you have a few days to a week, go and craft a brief farewell email with your new contact information.

Don’t send this out to the entire investment banking department or the entire bank – you’re not that important.

Just send it to your own group, or to anyone you’ve worked with in the past.

A Tale of 2 Analysts

Similar to a tale of 2 summer interns, a quick tale of 2 quitting analysts will illustrate just how important the above points are.

Bitter Quitter was at a bulge bracket investment bank and received a hedge fund offer just before bonuses were announced – right around the 1-year mark.

He hated his life and desperately wanted to get out, but he made the mistake of telling all the other analysts in his office before anything was official.

“I’m really close to getting this hedge fund offer… then I’ll be out of here!”

Rule #1 of quitting your job: don’t tell anyone you’re quitting.

Assume that anything you tell a single person at your bank will instantly spread to everyone else – office gossip happens 24/7.

Bitter Quitter eventually won the offer, but he made the critical mistake of not telling anyone higher-up directly – they found out through the grapevine instead.

So he didn’t even get to “quit” – instead, the staffer approached him and said, “We know what you’re doing. Please get out right now.”

Result: He never got to tell his MD himself, so he left on poor terms and would have trouble getting a good recommendation for business school or anything else in the future.

Clean Breaker was working at a middle-market investment bank, and received an offer to move to the corporate finance department of a Fortune 500 company, a few months after bonuses had been awarded.

He also hated his life (notice a common theme here?), mostly because one VP he worked for could best be described as “evil incarnate.” He was incredibly out-of-shape, had no life outside work, no friends, and spent all day making his analysts and associates miserable.

Even though Clean Breaker was miserable, he wasn’t foolish – so he didn’t tell a single soul that he was even interviewing until he had the signed offer in hand.

“Trips to the dentist” and “personal days” are plausible if you don’t use them every single week.

When the time came, he went directly to his MD first and told him the news, then informed Evil VP and the rest of his team.

Evil VP got visibly angry and spent 30 minutes trying to convince Clean Breaker to stay (this only happens at smaller banks), but Clean Breaker held firm and said, “Thanks, but I’m out.”

Result: Clean Breaker probably can’t get a recommendation from his VP, but there’s nothing he could have done to prevent that. But since he handled it professionally, he could easily go back to his MD and ask for help in the future.

Quitting your job is like removing a band-aid: make it quick and clean, and accept that it’s going to be painful in the short-term.

That’s way better than spending an eternity peeling it off and enduring the pain over weeks or month.

So make it quick, professional, and confidential and you might just escape with your head intact.