Pandemic Updates, 2021 Edition: How Much Longer Will This Parallel Reality Persist?

You may have noticed that I’ve stayed away from writing about the dreaded “c” word this year.

That’s because I got tired of discussing the topic in 2020, when nearly 25% of the articles on this site dealt with it directly or indirectly.

But it’s also because there hasn’t been much to say for a few months.

Now that life is returning to quasi-normal in a few parts of the world, though, it seemed like a good time to revisit the topic and make a few predictions that will most likely be wrong (hey, at least I’m honest about it, unlike the “public health experts”):

What Happened and How China Won

If I had to summarize the past 18 months in one sentence, that sentence would be: 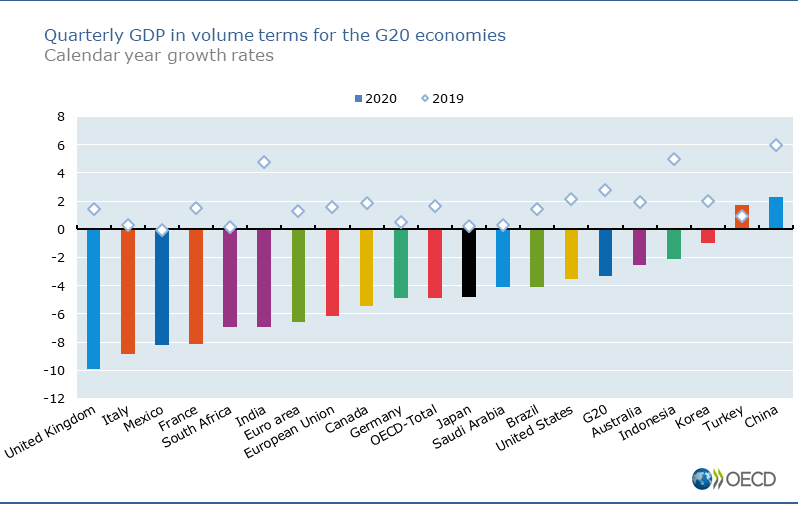 If you believe the “official narrative,” after the outbreak began in Wuhan in late 2019, the Chinese Communist Party (CCP) enacted a strict lockdown that burned out the virus and made the entire country safe… in only a few short months.

(Although recent outbreaks seem to contradict that narrative…)

As the virus spread to the rest of the world, Western countries that had never considered lockdowns, even for much deadlier pandemics, panicked and started implementing them.

These rushed decisions were problematic for several reasons:

Despite all that, most people were remarkably compliant… at least for the first year.

We can debate endlessly whether the lockdowns and other measures were effective or required.

Some will claim that human behavior shaped the rise and fall in cases, hospitalizations, and deaths, while others will point to seasonality, natural immunity, and vaccines.

I don’t have answers, and you could look at the data and take almost any position because there’s no randomized controlled trial that measures each factor in a useful way.

Regardless of your views on these issues, there is one point that everyone can agree on: virtually no major, developed country (population > 50 million) got the same results that China did by attempting to follow their policies.

Governments gave us “the worst of both worlds”: sort-of-kind-of-lockdowns-and-other-half-measures… and a virus that kept spreading for well over a year.

Most of this money printing did nothing to help the working class but instead went to the top 1% and made wealth and income inequality even worse.

Ironically, the small amount that did go to normal people in unemployment benefits and furlough pay has arguably led to a slower recovery by incentivizing people to stay out of the labor force.

We’re now in a weird situation where the unemployment rate is still elevated, but companies cannot find enough employees, and there are “supply shortages” and rising prices everywhere.

Most online discussion has focused on the monetary and fiscal response to the pandemic and the distortions those responses created (including bubbles like SPACs, NFTs, and crypto).

That is important, but it’s also not going to last forever.

I believe the willingness of Western governments to “act like” the CCP via restrictions and interventions may be far more significant over the long term.

Where We’re At: The Percentage of “Normal”

If you’re in Florida or Texas, things have been “close to normal” for months now.

But if you’re in Latin America, the current hot spot, everything still resembles Contagion.

The interesting part is that the restrictions and behavior in certain places have become detached from the health and medical reality in those places.

Europe is somewhere in between California and Florida, with many countries easing restrictions lately.

It seems like most places worldwide should be approaching normality by mid-2022 – but I wouldn’t be surprised if people in SF continue to double-mask outside until 2050.

In the finance industry, most of the large banks continued with “virtual internships” this year, probably out of paranoia and fear of lawsuits more than anything else.

But there were some exceptions, such as Goldman Sachs and JP Morgan, which returned to in-person internships.

I would be very surprised if summer internships next year are still virtual and even more surprised if work-from-home policies remain widespread by then.

In Hong Kong, around 60-70% of the staff at banks are already back in the office.

You’ll know things are “normal” when people need special permission to work from home once again.

It’s fair to say that finance and tech were the top two beneficiaries of this crisis, but I do not expect that to last into the future.

Over the past year, the lockdowns, mobility restrictions, and lack of serious aid to small businesses led to a massive wealth transfer to the tech giants.

And the money printing boosted stock prices of companies in both industries and led to a flurry of deal activity and side quests like SPAC scams.

But the increased deal activity and the work-from-home policies did not benefit bankers equally.

Instead, investment banking acted like a microcosm for the rest of the economy: the changes were great for the senior bankers who could work normal hours from their luxury homes…

…while they were terrible for new Analysts and Associates, who didn’t receive the proper training/onboarding, ended up working ~105 hours per week in tiny apartments, and didn’t earn significantly higher bonuses.

The results were increased turnover, especially among new hires, and a lack of team cohesion.

The main positive for newcomers is that summer internship conversion rates might be higher than normal this year because banks under-hired interns in last year’s cycle.

Also, lateral hiring for IB roles is probably the best it’s ever been – if you can tolerate the current work environment.

Overall, I expect both tech and finance to be negatively impacted over the next decade by separate but related trends:

The punch line is that I agree with some of these points – even though it’s in my financial interest to be against them.

Huge corporations do have too much power, the economy is too concentrated, and the finance industry is too big relative to the utility it provides.

Just as the Great Depression was the catalyst to shift power from capital to labor starting in the 1930s, covid and its aftermath may spur changes this time around.

In concrete terms, I expect the following over the next decade and beyond:

Also, regardless of what the Fed and other central banks do (let inflation run vs. increase rates to fight it), deal math will become less favorable. Even if central banks change nothing and consumer price inflation is “transitory,” asset price inflation from non-stop money printing will cause other problems, such as more social unrest.

Frankly, this has already happened with tech jobs if you compare entry-to-mid-level compensation in both industries.

But it could also make its way into private equity and other areas, especially if the larger firms in these industries get regulated more heavily.

It’s harder to make predictions for tech compensation because the potential break-ups of tech companies could go either way.

A company like Amazon could easily be worth more in parts than it is as a single entity, so the value of stock-based compensation could increase.

Employees might also have more bargaining power if there were 15-20 large tech companies instead of ~5.

On the other hand, the Big Tech companies might have to control their costs more aggressively if they were spun into smaller entities, which means lower pay for certain roles.

My key takeaway from the past year is that Western governments want to act like the Chinese government but lack the resources, competency, and ruthlessness to truly copy the CCP.

So, we’ll see more “half measure” interventions where the government attempts to restrict Activity X or limit Civil Liberty Y or restrict Corporation Z without having a plan, an end goal, or the ability to execute it successfully.

What does all this mean for you?

I think it depends heavily on your long-term career plans.

If you want to work in a deal or investing role for a few years, gain experience, and move onto something else, the potential long-term trends above probably don’t matter.

But if your 15-year career plan is to work at Goldman Sachs advising on $50 billion mega-deals, there may not be that many deals like that by the time you become an MD.

You might end up in a different industry or at a smaller firm, working on deals that are too small for the government to care about.

At least, until the Eye of Sauron gets bored and turns its attention to you…