From Middle-Office Operations to Front-Office Sales & Trading: How One Reader Made the Leap and How You Can Do It Too 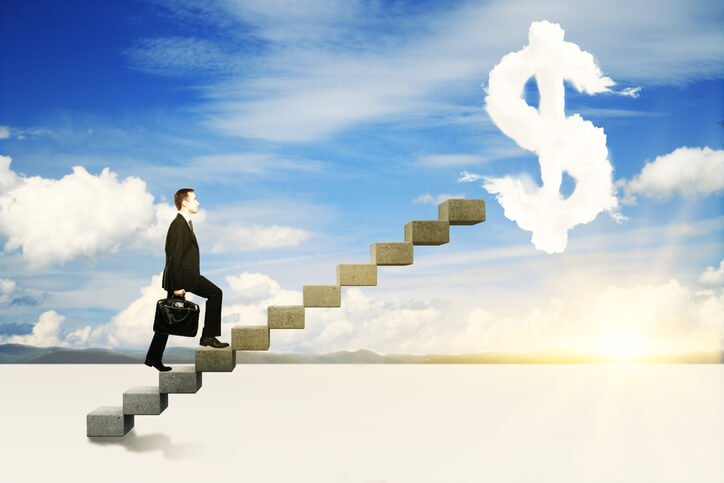 It’s no secret that I’m not a fan of the back office.

Much of the work is mundane, and it doesn’t give you many options: advancing is difficult and breaking into front-office roles is even harder.

Q: Let’s go back to the beginning. How did all of this start, and how did you wind up in a middle-office support role?

A: My first few years of college, I was set on going to medical school and becoming a doctor – but I kept hearing about finance and investment banking from friends, and got a lot more interested in those over time.

Like many others, I heard about the lavish lifestyle and money and wanted that without really understanding what was involved.

Through cold-calling and networking, I got a couple finance internships with local firms in my area, but these were all “fetch the coffee”-type experiences where I just did grunt work for financial advisors.

I got some full-time interviews when banks came to my campus to recruit, but I never made it past the 1st or 2nd round for any front-office roles.

So I had nothing lined up following graduation. To make things even worse I decided to go on a 3-month trip to Asia with my parents over the summer, right after I graduated.

Luckily, I stayed current with recruiters and always made myself available for phone interviews – otherwise I would have had no chance.

Q: That’s impressive – most people would be freaking out about their lack of post-graduation plans, but you took a 3-month vacation instead. What did you do when you came back to the real world?

A: By this point I had exhausted all my connections – and the ones I could still go to were unhelpful because I had bombed my full-time interviews.

So I tried the next best alternative: I went for the Hail Mary and applied to positions via banks’ websites.

Q: Normally I tell readers that online applications are useless unless you get insanely lucky. Did they actually work?

A: They weren’t helpful for front-office roles, but I managed to find a trading support role on one bank’s website that seemed alright, even though it was a middle/back-office gig.

I sent my resume and application, and actually got a callback – so I went in to interview there.

Q: What were the interviews like? And how did you keep a straight face when they asked if you were really interested in a support role?

A: Interviews weren’t too difficult – and I actually told my interviewer straight-up that I was doing this because I wanted to become a real trader eventually.

He was skeptical because he had heard that line many times before – he pretty much said, “That’s fine, and we hear that a lot, but to be honest a lot of times it just doesn’t work out. Sometimes you have what it takes, and sometimes you don’t.”

Q: I’m impressed with your directness. So what happened after you got the offer and started working?

A: It was a standard trade support role – I did a lot of P&L reconciliation, helped with trade settlements, and more tasks like that. I learned a lot about trading, but got bored early on because a lot of the work was repetitive.

Q: So when did you begin making the move to the front-office?

A: I didn’t do much networking at first – especially compared to all my peers.

They took the approach of, “I’ll ask the traders lots of annoying questions, buy them lunch, and suck up to them so that maybe they notice me.”

This backfired and it just annoyed the traders – none of my peers who took this approach advanced to the front-office.

Traders won’t think of you as a peer if you use this strategy – networking in the workplace is different from what you do while in school.

My first week on the job I did some networking with the traders, but I didn’t ask many personal questions – I limited myself to business and asked about how trading worked, why they made certain trades, and so on.

This is an important difference in networking in sales & trading vs investment banking – bankers don’t like talking about business quite as much, but with traders you’re better off starting conversations by discussing the markets or other business-related topics.

Q: Ok, so how did you actually make the move to the front-office if you weren’t networking aggressively with traders?

A: My chance came when my group was handed a big project – we had to completely revamp the order management system, which controlled the whole flow from how a trader makes trades to how they’re recorded to how everything is synchronized.

That project put me in contact with a lot of traders and people from other groups at our bank, since the order management system affected everyone.

I used that project to take the initiative and to get to know traders better – but I still didn’t do it by sucking up or asking personal questions.

Instead I came in and said, “Hey, I noticed you were making trades this way – but actually if you changed X, Y, and Z, we could increase the efficiency and save xx% more time per trade, which would help you make $xx more money.”

I positioned myself as an asset that could make them more money as opposed to an obnoxious middle-office guy who kept asking annoying questions.

Leapfrogging to the Front Office

Q: So you made a good impression with this big project – how did you make the move once you had done that? Did you jump, or were you pushed?

A: It was a combination of both. As the project was underway, one of the traders left to move elsewhere – so I asked the head trader, “I noticed _____ left, I was wondering if you guys were considering anyone to replace him.”

Make sure you’ve developed good rapport with anyone you ask these types of questions to – you can’t just grab some random MD and ask him for a job.

He said that the trader who left had a lot of experience and that I wouldn’t be able to fill such a senior role, but that my name was on the short list for a junior role that they had. They weren’t sure of their budget for the next year, so it was still up in the air.

I had impressed them with my work on that revamp of the order management system, but 2 other factors helped me as well:

Q: So the possibility was out there – what happened next?

A: A few months after that, my boss brought me into a conference room – and for a second I panicked because I thought I was getting fired! I blame this one on you because of your article on how you always get fired in the conference room.

Q: Sorry for the scare. At least I set your expectations low!

A: Yeah, I guess. Anyway, after my boss took me into the conference room, he told me that the head trader wanted me to join their desk as a junior trader.

It took me almost a year, but finally I had the offer I had been looking for ever since university.

Needless to say, I pretty much accepted on the spot and made the move over to the trading desk.

Q: Wait a minute, so there was no formal interview process? They just hand-picked you for the role and you got it without going through real interviews?

A: Yup, no real interviews. My entire first year working on that big project was my “interview” – I had proven myself on the job there, so there was no need to interview me again.

Q: That’s a great story, but what would you say to someone who wants to move from the back or middle-office to investment banking instead?

A: It’s a lot tougher because you don’t work directly with bankers. I wasn’t that interested in banking after I started my job – a lot of my friends were bankers and they had no lives.

I almost think it’s easier to get into strategy consulting if you’ve done operations at a large bank before – you’re familiar with the business flow of a trading desk and how a company operates, so you might want to think about going to consulting rather than banking as an easier first step.

Q: Interesting. When you made your move, you had the order management system revamp project that gave you major visibility and let you impress the traders – but not everyone is that fortunate.

What would you say to someone who’s working in the middle or back-office right now who doesn’t have that kind of opportunity?

A: I would say, “Make your own opportunity.” Don’t go about your day just reconciling trades and settling positions – solve problems, be proactive and look for ways the traders could save time or make more money.

You can’t be annoying about it or constantly pester them – instead of asking about models and bottles on Thursday nights, go and say, “Hey, I noticed you were doing X, Y, and Z, but I think if you made your trades this way instead you could make a lot more money.”

Wherever you are in a bank or on a trading desk and whatever you do, you are constantly being judged by everyone who is affected by your work. Though back/middle office and other ops jobs may seem trivial, they are quite important to running a good trading desk.

Missed/wrong bookings, missed trade confirmations, and poor reconciliations can lead to lost money and lost clients – don’t focus on impressing the front office directly, but be proactive in your own job and most of the time, it will make theirs a lot easier.

The bottom line: Do your job, do it well, and foresee and fix issues before they happen (very true because of the top-to-bottom flow of the front-back office).

Solve problems that traders don’t even know they have, and then give them solutions that save them time or make them money.

That’s how you get ahead and how you move from a trading support role to real trading.

Q: Great, thanks for your time.

A: No problem – hope you enjoyed hearing my story.