From Consulting to Private Equity: How to Make the Leap 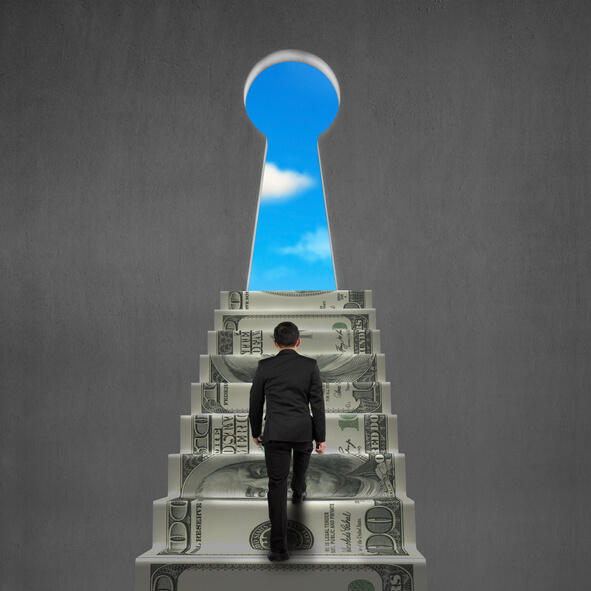 OK, maybe not everyone’s goal, but “work in private equity” could easily be a goal for a good number of consultants.

The only problem is that it is notoriously difficult for consultants to get into the industry.

Not only are private equity professionals biased against non-bankers, but they tend to be even more skeptical of consultants.

But as our reader today found out, it is possible to overcome that handicap and get into private equity – even if you’re not at MBB:

From Consulting to Private Equity – by Skipping Investment Banking

A: Sure. I wanted to be a doctor growing up, so I applied for and won admission to a “target” university.

I majored in neuroscience and finance, figuring that finance might help me open a clinic or start my own business eventually.

But I became more and more interested in business rather than medicine, and when it came time for junior-year internships, there were only two real choices: consulting or banking.

Consulting had always appealed to me more than banking, so I completed an internal consulting internship at a Fortune 100 company.

After graduation, I returned there for a full-time role.

I liked the job at first, but after about a year, I realized that corporate life at a huge company was too slow and full of red tape for me.

The managers encouraged us to move into different divisions, but I wanted out.

In my first year at the company, I had worked on an M&A deal for a divestiture of a major division, and I liked working on transactions while contributing to the company’s operations, which led me to private equity.

I started reaching out to friends and alumni in private equity and concluded that it would be challenging to move from consulting into PE – even if I had worked at one of the top three firms (McKinsey, Bain, and BCG, or “MBB”).

But I persisted and used a combination of alumni, recruiters, and cold calls and cold emails to win an offer at a middle-market private equity firm, successfully transitioning from consulting to private equity.

Q: If you’re coming from a non-banking background, one of the biggest challenges is getting recruiters to notice you.

How did you do it?

A: I don’t know if I had any magical tricks; I went through alumni and recruiters and contacted quite a few firms via cold emails.

But I did use a few specific strategies in the recruiting process:

As a result, I developed management/leadership skills that most IB Analysts did not have. Also, I learned more about the strategy and operations of the company, which PE firms with an operational focus appreciated.

Q: Thanks for those tips. How broad or narrow should your search be? What’s out there in the “private equity firms that hire consultants” universe?

A: It depends on your time and resources.

For me, the main constraint was time – I couldn’t balance a demanding full-time job with a recruiting effort targeting hundreds of firms, so I focused on a narrower set of firms.

When I spoke with recruiters, I usually said, “I’m most interested in middle-market, operationally-focused firms that invest in Industries X, Y, and Z – but if you see something else that’s a good fit, please pass it along.”

When I first started, I was not targeted at all. I just wanted a more quantitative and higher-paying job, and I didn’t even know much about the options within finance.

But that was a big mistake – if you’re already working full-time, you can’t recruit for five different industries at the same time.

Also, if you can’t name a few specific sub-industries you’re interested in, you haven’t done enough research yet.

The Top Challenges in the Consulting to Private Equity Move: Why *Shouldn’t* We Hire You?

Q: Fair enough. You’ve made this process sound straightforward, but what were the biggest challenges you encountered in moving from consulting to private equity?

A: The top one was getting my foot in the door.

Plenty of recruiters and finance professionals ignored me or told me to do investment banking or go to business school if I wanted to get into the private equity industry.

But if I could get an in-person meeting with a recruiter, I could make my case by pointing to my deal experience and work with top executives.

Besides that, the main objections were:

Q: Those are good responses, but what about the “Why didn’t you do investment banking first?” question?

A: I gave my honest response: “I wasn’t interested in investment banking, I’ve never been interested in it, and I specifically chose not to go into it.”

I pointed out that the most valuable part of deal work is what you don’t do in banking: Thinking like an investor and deciding whether or not a deal is worth the risk.

You do gain valuable skills by working with clients and building financial models, but I felt I could learn those elsewhere; operational experience seemed like a more valuable but less common skill set for PE.

I also pointed out that I had to think like a private equity investor on the job because I spent a lot of time evaluating expansion projects.

It was similar to evaluating bolt-on acquisitions for portfolio companies: Was the potential payoff worth the upfront price and risk?

Q: Great. What was the “consulting to private equity” recruiting process like in terms of timing and number of interviews?

A: The off-cycle processes I completed sometimes took several months.

If I had multiple interviews, I often waited 2-3 weeks between each interview.

At the firm where I eventually won my offer, the entire process took around two months.

I spoke with the firm’s recruiter, did a phone interview, did in-person interviews with the recruiter and three professionals at the firm, and then completed an hour-long modeling test and case study (I did it remotely and submitted it online).

After I had passed all those rounds, I went into the firm’s office for in-person interviews that lasted the entire day.

I spoke with 10-15 people total and did a 15-minute or 30-minute interview with each person, ranging from Analysts up through Partners.

In my experience, the speed of the process has more to do with the firm’s hiring needs than anything else.

If they need someone ASAP because an Analyst or Associate just quit without warning, the process will move quickly; if not, it will drag on.

Q: You mentioned the hour-long case study you received. What advice do you have for case studies and modeling tests for consultants and other non-IB candidates?

A: The case study I received was more like a consulting case, so it was quite easy: I did similar exercises almost every day on the job.

There’s a lot of good material on case studies and modeling tests, from your courses and videos to free articles and tutorials, so you should start there.

But my #1 tip is to ask your friends in banking for help.

Get them to send you redacted models, ask what they were thinking, why they set things up a certain way, and so on. And then practice building models and ask them for tips and feedback.

I completed around 7-8 modeling tests throughout my entire recruiting process, and most of them were 3-statement models rather than traditional LBO models.

Firms might have gone easier on me because of my background; they didn’t necessarily expect a consultant to know as much about financial modeling as a banker.

There was not necessarily a correlation between the firm’s strategy and the type of modeling test, so you still need to be prepared for LBO models even if you interview at operationally-focused firms.

Advice for Other Career Changers

Q: You did very well in this process, but how can other career changers decide when it is viable or not viable to get into private equity?

A: I don’t think that’s the right way to think about it.

It’s better to ask yourself, “What will you have to do to get into this industry, and do the rewards justify the number of steps and time required?”

For example, if you’re working in marketing and you want to get into private equity, you’ll probably have to win a finance-related role first, complete an MBA, do a post-MBA banking role, and then recruit for PE.

So, you might be older than 30 by the time you’re an entry-level Private Equity Associate.

If you have your heart set on the industry, that path might be worth it, but most people would say it’s not worth the time and effort.

I decided that PE would not be worthwhile if I had to go into investment banking or attend business school first.

The opportunity costs were too high, and I did not want to do IB at all.

But if I could get in from my consulting role, it would be worth the time and effort: I had a secure job, and no one even knew about my recruiting efforts, so I decided to give it a shot.

Q: Thanks for those tips. What are your plans now that you’ve been on the job for some time?

A: Overall, I love the job. It’s very much a “sink-or-swim” environment, which isn’t right for everyone, but it’s a good fit for me.

On my second day on the job, my boss bought me a one-way plane ticket to another city and told me to go “figure out” a portfolio company there – and not to come back home until I had (!).

The best part is that I’ve developed skills beyond the technical/analytical ones because we spend so much time working with management at portfolio companies.

Deal teams are also small – there might be one Partner, one Principal, and one Associate on each team – so the junior team members have to step up and do a lot.

I’ve thought about going to business school or starting my own fund in the future, but for now, I’m planning to stay here and learn as much as I can.

Q: Great. Is there anything else you want to mention that we haven’t already covered?

A: Not really; networking was the most beneficial tactic for me, by far.

You need to take the time to ask people for advice and have in-depth conversations with them rather than just asking for jobs.

Even if you know what they’re going to tell you, you still have to listen, pay attention, and follow up afterward.