AngelList Review: Should You Add Angel Investments to Your Portfolio? 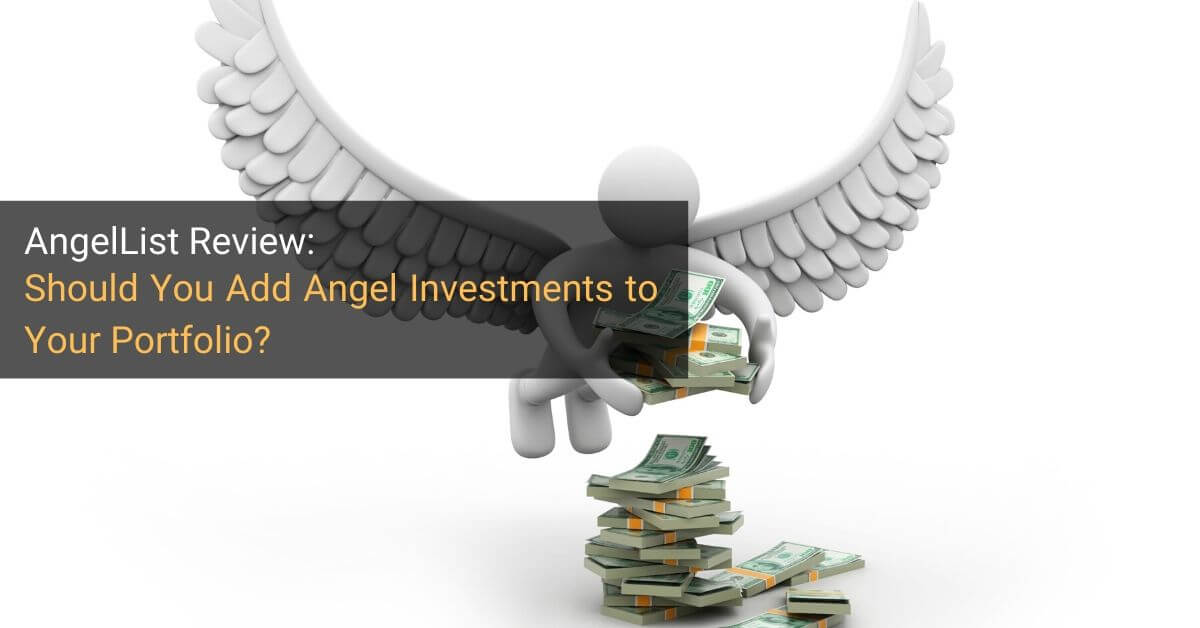 In my most recent portfolio update, I received a lot of questions and comments about the 6% of my portfolio currently allocated to angel investments.

Crowdfunding across various asset classes – real estate, peer-to-peer lending, and tech startups – has exploded over the past decade.

But is it worthwhile?

Should you allocate a percentage of your investments to this new asset class, or is it a waste of time and money?

My short answer would be: “Angel investments can be worthwhile in specific situations, but only once you have a substantial, traditional portfolio first. Also, the quality of the crowdfunding platform often matters more than the underlying asset.”

And here’s the longer version, with my experience on AngelList since 2014:

What is Angel Investing, and How Does AngelList Work?

Traditionally, “angel investors” were wealthy individuals who invested in early-stage startups with a high risk of failure, in exchange for equity or convertible debt.

As an asset class, angel investments have an even more skewed risk/return profile than venture capital: the vast majority of companies will fail, but if you invest in one that becomes 100x or 1000x more valuable, you could still earn a high overall return.

The average amount invested by individual angels spans a wide range, from $5K to $100K, but the median is $25K.

At those levels, angel investing was previously only viable for the wealthy.

AngelList launched in 2011 as a platform that allowed “normal people” to invest directly in startups, but you still had to be an accredited investor (AKA: well-off, but not necessarily “wealthy”).

And it allowed startups to raise money via crowdfunding instead of the traditional route (friends and family, wealthy individuals, and VCs).

Since that time, the site has expanded to offer job boards, social networking, recruiting, and even promotions for new products and services.

I’ve never used any of those features, so this review will be about investing.

How and Why I Used AngelList

I had several crises in the early years that made me paranoid about the survival of this business, so I was extremely conservative and didn’t put much in the markets.

But I couldn’t keep doing that forever.

Even back in 2014, the S&P 500 seemed expensive, so I looked at alternatives, and angel investing came up as one option.

I liked the idea of helping companies grow and potentially earning well above what the public markets could offer.

So, I started investing in both individual companies and funds, such as the Consumer Fund I and Enterprise Fund I.

I also joined a few syndicates, which are groups created by individuals who invest in many startups each year.

They invite you to invest in individual deals, and you can join or pass on each one.

As of 2020, it looks like almost everything on the platform has moved to syndicates or funds, with few opportunities to invest in one-off deals – which is probably a good thing.

I’m not supposed to disclose detailed performance data, but at a high level, I’ve earned a ~15% IRR and 2.1x multiple according to the platform.

However, those numbers include unrealized gains, so take them with a grain of salt.

AngelList now has an “Access Fund” that lets you invest in a broad startup portfolio that they select.

They report the following performance data for their past Access and Select funds:

These numbers look good, but I would recommend a cautious interpretation because:

It’s not perfect because the valuation estimates are so subjective, but it does make it easier to see everything in one spot.

I’m no longer so active on AngelList because of issues with angel investing and the platform:

To be clear: most of these are issues with angel investing itself, not the AngelList platform.

If you invest $1,000 in a company that’s worth $10 million and has institutional money behind it, you have no right to expect detailed quarterly updates.

And dilution is always an issue, even for the best investors in the business.

But the point about the minimum investment size in funds is specific to AngelList, and they could broaden the platform’s appeal by making the funds more accessible to normal people.

And now to the main reason why I became less active on the platform: K-1 forms.

If you’re not familiar with them, K-1 forms under U.S. tax law are used to report distributions from partnerships and LLCs, such as the entities that invest in startups on AngelList.

In theory, if you’re a U.S. citizen or permanent resident, you should receive a form each year for every company you’ve invested in.

In reality, some companies never issue them, other companies may issue them late, and only funds seem to issue them reliably each year.

But even the funds often issue “corrected” versions afterward, and they’re often late as well.

So, you’ll almost always have to file for a tax extension each year but still pay estimated taxes in April.

The K-1 issue turned into a giant headache for me because I made the mistake of investing small amounts in individual companies rather than going with funds 100%.

It also makes tax preparation more expensive, but the main problems are the delays and waiting around for paperwork.

I would recommend investing via AngelList if specific conditions are true:

Unfortunately, AngelList has made it more difficult to follow this strategy because minimum investments in funds have risen substantially.

So, it’s probably best to find a few active syndicates and allocate small amounts to their deals consistently, so that you end up with dozens or hundreds of companies in your portfolio.

It is a good platform, especially next to many of the less-than-reputable crowdfunding sites out there.

But I’m not going to put in additional money unless they make some of the funds more accessible or make it easier to invest in an “index” of startups.

For Further Reading and Listening